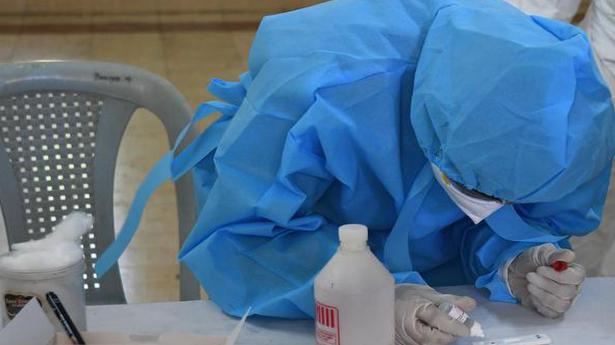 When testing is done for people within a cluster, the number of positive cases seem to be higher, and vice-versa

Generally, the number of positive COVID-19 cases increases when the testing rate increases. However, this is not always the case, as data from Gujarat show.

After Apr. 9, the two lines mimic

each other. When tests go up,

Until Apr. 9, cases and tests did not mimic each

other. In fact on Apr. 8, even when tests went

up, cases went down

As seen above, after April 9, a somewhat linear relationship emerges between samples tested daily and the number of new cases recorded.

However, the above is not always the case, as the following example from Gujarat shows. The chart plots the daily samples tested (blue line, left axis) and daily cases recorded (yellow line, right axis) in Gujarat since April 3.

the lowest) but recorded 367 cases (the highest yet)

Also read: 96% migrant workers did not get rations from the government, 90% did not receive wages during lockdown: survey

and samples from outside the cluster were the highest ever

In the period analysed, the lowest no. of daily cases

was recorded on Apr. 8. On that day, samples tested

from people inside the cluster were the lowest ever

The graph shows the % of positive cases among the samples tested of those in the Nizamuddin cluster (red line) and those outside the cluster in Tamil Nadu (blue line).