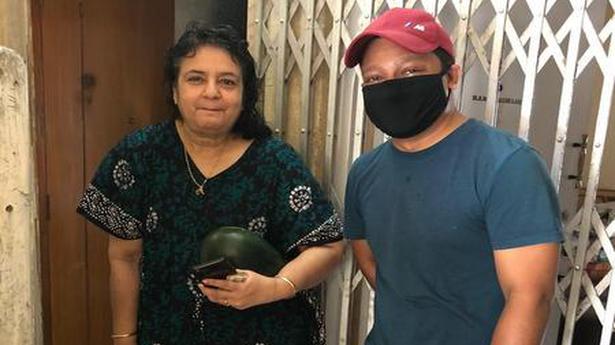 Shishir Joshi, founder and Chief Executive of Project Mumbai speaks fast, decisively, and to the point. He explains how the organisation is working relentlessly to reach out to as many distressed Mumbaikars as they possibly can; hence the haste.

“As a non-profit organisation, we are trying to join the dots. The state machinery has been doing a lot of work related to containment and treatment, but, when the coronavirus first broke out, we stepped in for those who were confined to home with little or no provision to see them through the quarantine period. We wanted to ensure they did not have to step out as that would be dangerous.” In the process of helping the quarantined, the Project Mumbai team realised there were hundreds of senior citizens, and those with disabilities, living alone across the city. “Many elders have mobility issues. Their younger family members are abroad. The domestic help may have left and, even if they were independent, they have no public transport to take them around. There is no one to help them.”

Project Mumbai (registered in September 2018), reached out by creating grocery bags of ₹500 and ₹1,000 and, through its huge network of nearly 2,000 volunteers, distributed them. The Mumbai Municipal Corporation has come on board as their partner. The volunteers cover the Mumbai Metropolitan Region that includes all municipal corporations in and around Mumbai.

People are usually grateful for it, though Shishir says some look surprised when they hear they have to pay for the provisions. “But we have also distributed free groceries to those who are unable to pay,” he says. “There are those who take advantage of our offer of ‘free delivery’; we have had cases of offspring living just in the next building wanting us to deliver stuff to their parents, but that is few and far between.”

Project Mumbai is also providing counselling for those grappling with mental health issues, including the elderly. In these uncertain times, loneliness and isolation can be debilitating, says Shishir. So 50 mental health professionals are on call between 8.00 am and 8 pm to help them manage their worries and distress. The counselling is available in seven languages. They have a pan Maharashtra mental health Initiative, and according to Shishir, “geographical boundaries have never been a deterrent.”

People are reaching out through WhatsApp, phone calls, Facebook. “Social Media has helped us tremendously,” says Shishir. As and when requests come in — many from worried children living abroad — they are put up in their Good Samaritan WhatsApp group and those who living close to the senior citizens step up. “Many seniors who earlier had cooks or had meals delivered do not have a functional kitchen and are just not in a physical condition to cook for themselves. In such cases, volunteers cook food at home and take it to them.”

Before he rushes off to attend to another call, he says, “Now, we have launched another initiative. A banana for every child. Our aim is to ensure no child goes to bed on an empty stomach. Our trucks now carry hundreds of bananas. Wherever we see a child, we hand over a banana.”

It is seven in the evening and, as I apologise to her for the late phone call, Mahita Nagaraj says cheerfully, “Don’t worry, my day is not even three-quarters over.” Mahita and her team launched an initiative called Caremongers on March 17, “just when the first few people were diagnosed and social distancing began,” she says. When Caremongers began to reach out to those in isolation and quarantine, they realised that most of the requests for assistance came from senior citizens. “If not them directly, their children and grandchildren reached out asking us to help.” The Facebook page has over 32,000 members and is growing by nearly a thousand a day, says Mahita.

Caremongers focuses on prioritising senior citizens, the physically challenged, and those with medical conditions and expectant or new mothers. The first three categories are often closely linked. Not being able to go out to procure essentials has hit the seniors the hardest, even the able ones, says Mahita. “In our country, almost everybody is reliant on domestic help, cooks, drivers, and, with none of them available any more, the going has become tough. Also, the elders could not keep up with the panic buying and hoarding. Even if they did make it to the shops, they were unable to buy more than they could carry back themselves. Medical supplies were flying off the shelves and often the medicines they needed were in pharmacies in another part of the city .”

“Caremongers help procure and deliver medicines and daily essentials. We also arrange transportation for those needing medical procedures such as dialysis and chemotherapy. With public transport off the roads, elderly people who have to go to hospitals are stranded. We know the older generation does not like the idea of seeking help unless they really need it and definitely not on a public forum. While our FB page had many volunteers offering help and support, there were not too many asking for help initially. But once we launched the helpline, they have been calling us,” says Mahita.

There’s also a growing network among the community. “Mental health problems are a big concern in these times and, even if they cannot physically help others, they volunteer to talk to people, help them with contact numbers and just provide companionship,” she says, adding that it has been a pleasure to interact with older people. “Their courtesy, good manners, genuine gratitude for the help…the old world charm is amazing in this day and age,” she says.