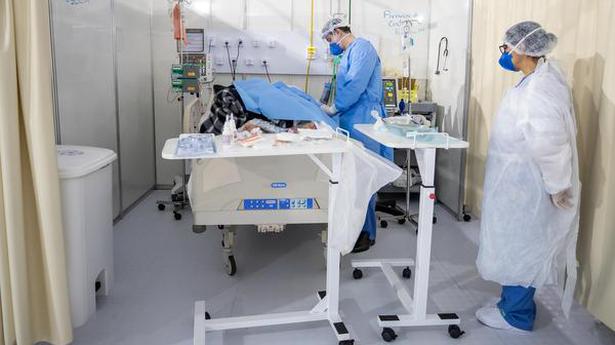 The Sao Paulo government announced on June 11 that Brazil’s Instituto Butantan reached an agreement with the Chinese laboratory Sinovac Biotech to produce an experimental vaccine against COVID-19.

Some 9,000 Brazilians will participate in tests beginning in July, representing the third and last stage of testing before distribution. If the vaccine is effective, it will be produced in Brazil. Sao Paulo Gov. Joao Doria said the vaccine could be available in the first half of 2021.

“Today is a historic day for Sao Paulo, Brazil and world science. The vaccine that Butantan will produce is one of the most advanced,” Mr. Doria said at a press conference. He said he hoped it can be used to immunize millions of Brazilians.

Also read: When will a COVID-19 vaccine be ready?

The experimental vaccine has already passed two stages of testing in China, where it was given to monkeys and then to 744 Chinese volunteers.

Dimas Covas, director of Butantan, said the vaccine is in the group of the 10 most advanced, among more than 100 that are being developed worldwide.

Separately, Brazil will begin this month to test a vaccine produced by the University of Oxford, also considered one of the most promising and in an advanced stage of trials. Some 2,000 Brazilians will be selected to participate in Sao Paulo and Rio de Janeiro, in a project coordinated by the Federal University of Sao Paulo.

Brazil has reported more than 39,600 deaths from COVID-19. Many experts believe the toll is higher than the official count.