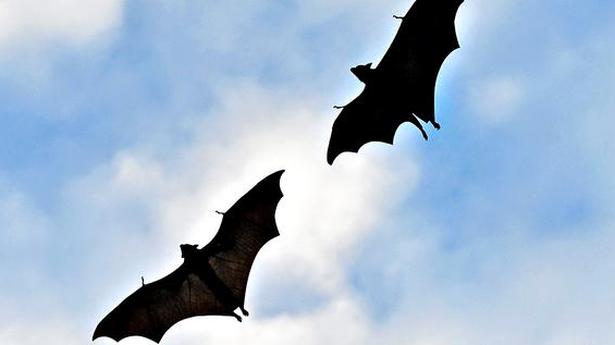 The study, published in the journal Scientific Reports, noted that bats are natural carriers of coronaviruses

Different groups of bats have their own unique strains of coronavirus, a family that includes the COVID-19 causing virus, according to a study which reveals that the flying mammal and coronaviruses have been evolving together for millions of years.

The study, published in the journal Scientific Reports, noted that while bats do a lot of good for the world such as pollinating plants, eating disease-carrying insects, and dispersing seeds of tropical forest trees, they are also natural carriers of coronaviruses.

To understand this diverse family of viruses, scientists, including those from Chicago’s Field Museum in the US, compared the different kinds of coronaviruses living in 36 bat species from the western Indian Ocean and nearby areas of Africa.

“Developing a better understanding of how coronaviruses evolved can help us build public health programs in the future,” Goodman said.

According to the researchers, there are a vast number of types of different coronaviruses, potentially as many as bat species, and most of them are unknown to be transferred to humans and pose no known threat.

The coronaviruses carried by the bats part of the study are different from the one behind COVID-19, the scientists cautioned, adding that learning about these viruses in bats can help better understand the pandemic causing virus.

They said that all animals have viruses living inside them, and bats, as well as a range of other mammal groups, happen to be natural carriers of coronaviruses.

While these coronaviruses don’t appear to be harmful to the bats, the researchers warned that there’s potential for them to be dangerous to other animals if the viruses have opportunities to jump between species.

In the study, the researchers assessed the genetic relationships between different strains of coronaviruses and the animals they live in.

Goodman and his colleagues took swabs, and in some cases blood samples, from more than a thousand bats representing 36 species found on islands in the western Indian Ocean and coastal areas of the African nation of Mozambique.

They found that eight per cent of the bats they sampled were carrying a coronavirus.

“This is a very rough estimate of the proportion of infected bats. There is increasing evidence for seasonal variation in the circulation of these viruses in bats, suggesting that this number may significantly vary according to the time of the year,” said Camille Lebarbenchon, Disease Ecologist at the Universite de La Reunion.

By comparing the coronaviruses isolated and sequenced in this study with ones from other animals like dolphins, alpacas, and humans, they built a family tree showing how different kinds of the virus are related to each other.

“We found that for the most part, each of the different genera of families of bats for which coronavirus sequences were available had their own strains,” Goodman said.

“Based on the evolutionary history of the different bat groups, it is clear that there is a deep coexistence between bats — at the level of genus and family — and their associated coronaviruses,” he added.

Citing an example, he said fruit bats of the family Pteropodidae from different continents and islands formed a cluster in their tree.

The coronaviruses they carried were genetically different than the strains of other groups of bats found in the same geographical zones, the study noted.

In rare cases, the researchers said, bats of different families, genera, and species that live in the same caves and have closely spaced day roost sites shared the same strain of coronavirus.

But the study said transmission between bat species is the exception, not the rule.

“It is quite reassuring that the transmission of coronavirus in the region between two bat species seems to be very rare given the high diversity of bat coronaviruses,” said Lea Joffrin, a disease ecologist who worked on bat coronavirus during her PhD at the Universite de La Reunion.

“Next, we need to understand environmental, biological, and molecular factors leading to these rare shifts,” Joffrin said.

The scientists believe that learning how different strains of coronavirus evolved can help prevent future outbreaks.

“Before you can actually figure out programs for public health and try to deal with the possible shift of certain diseases to humans, or from humans to animals, you have to know what’s out there,” Goodman said.

He also noted that despite the fact that bats carry coronaviruses, we shouldn’t respond by harming or culling of bats in the name of public health, adding that the good they do, outweighs potential negatives.

“There’s abundant evidence that bats are important for ecosystem functioning, whether it be for the pollination of flowers, dispersal of fruits, or the consumption of insects, particularly insects that are responsible for transmission of different diseases to humans,” he said.