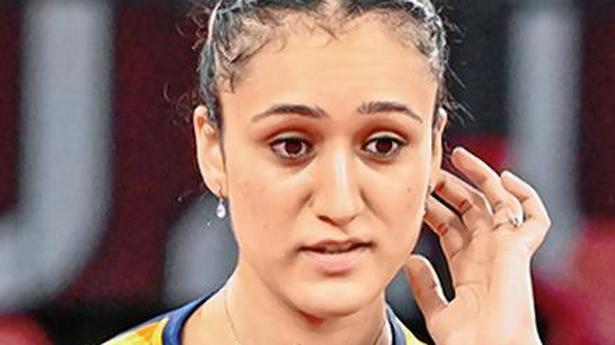 Manika Batra’s allegations against table tennis coach Soumyadeep Roy that he put pressure on her to lose to Sutirtha Mukherjee in the Olympic qualification match in Doha in March could backfire after her coach Sanmay Paranjape’s text message, contradicting the player’s claim, has surfaced.

It may be recalled that on March 18, Sutirtha defeated Manika and gained the South Asian Olympic quota and Manika made the grade on the basis of her higher ranking. Had Manika won, Sutirtha’s qualification on ranking was doubtful.

As part of the documents submitted by the TTFI to the ITTF, a text message from Sanmay sent to a former player on March 19 at 11.14 a.m. has the potential to blow the lid off Manika’s claims.

It reads: “My respect for Manika has doubled now. What she did for Sutirtha, that too, after facing so much in life! She reached a position where she could help or not help! She chose to help! This is real strength, good heart and real positive mind! Real big hearted lady she is. Country matters.”

Another document presented to the ITTF is from a ITTF-certified Blue Badge Umpire, officiating during the qualifying tournament in Doha.

His statement reads: “I am testifying what I witnessed on March 18, 2021, and reconfirming the talks I had with Mr. Sanmay Paranjape on the morning of the match between Ms. Manika Batra and Ms. Sutirtha Mukherjee.

“We were all euphoric about two Indians qualifying for the Olympics because it was already in the air. It could have happened only one way and that was if Ms. Sutirtha Mukherjee won against Manika, because the latter would automatically qualify on her world rankings. When Mr. Paranjape came and exchanged pleasantries with me, I asked if both Indians were going to Tokyo. He smilingly replied that “you guessed it right”.

“In fact, when he came for the match in the evening, I asked why he came to the venue, instead of resting at the hotel since we knew the result (Sutirtha’s victory), he laughed it off saying he came to watch the match.”

Though the principal office-bearers of the TTFI remained tight-lipped, a source in the know of the proceedings mentioned the likelihood of ITTF suspending Manika, Sutirtha, Soumyadeep and Sanmay for their apparent roles in producing the contrived result in Doha.