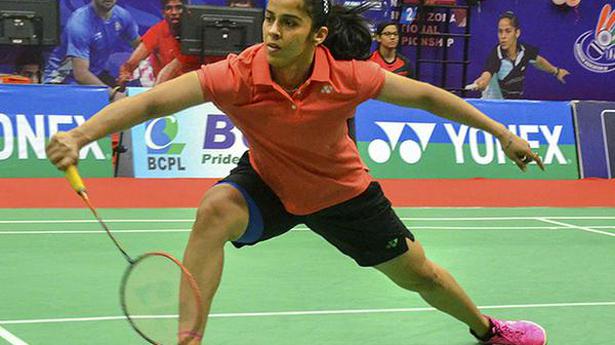 India will look to their stars — Saina Nehwal and the pair of Chirag Shetty and Satwiksairaj Rankireddy — to recover quickly recover from the Sudirman Cup drubbing and produce a better show at the Thomas and Uber Cup Finals beginning here on Saturday.

India cut a sorry figure at the Sudirman Cup mixed team championships in Vantaa, Finland losing to China and Thailand to be knocked out of the tournament last week.

However, with Saina, Chirag and Satwik back in the team, India can produce a strong performance in the event, where 16 top teams from five continents do battle.

The men have not reached the knockout stage in the last 11 years but will fancy their chances this time.

The women’s team has won bronze twice — 2014 and 2016. But winning a medal will be tougher this time, especially without the services of double Olympic medallist P.V. Sindhu, who excused herself following a hectic Tokyo Games campaign.

Ashwini Ponnappa and N. Sikki Reddy lead the challenge in the company of the young pairs of Tanisha Crasto and Rutuparna Panda and Gayatri Gopichand and Treesa Jolly.