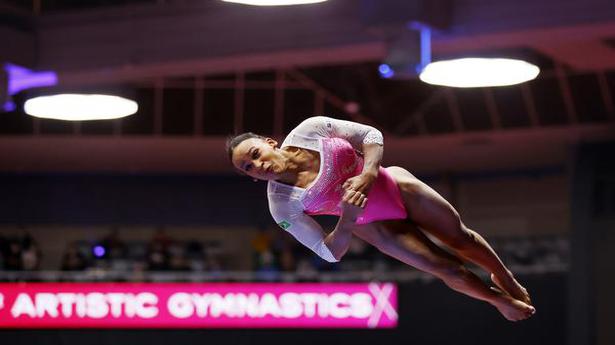 Rebeca Andrade of Brazil added a world title to her Tokyo Olympic gold medal in vault and also won a silver medal in uneven bars on Saturday at the gymnastics world championships.

Asia D’Amato of Italy took silver with 14.083 points while all-around champion Angelina Melnikova of Russia was third with 13.966.

Andrade’s vault title is just the second gold for a Brazilian woman and the first since Daiane Dos Santos won floor at the 2003 worlds.

Andrade then added a silver medal by finishing second to China’s Wei Xiaoyuan in the uneven bars.

In other events, Stephen Nedoroscik won the first-ever pommel horse gold for the United States with 15.266 points. Weng Hao of China and Kaya Kazuma of Japan shared the silver with 14.900 points.

Nicola Bartolini of Italy won the gold medal in the men’s floor exercise with 14.800 points.