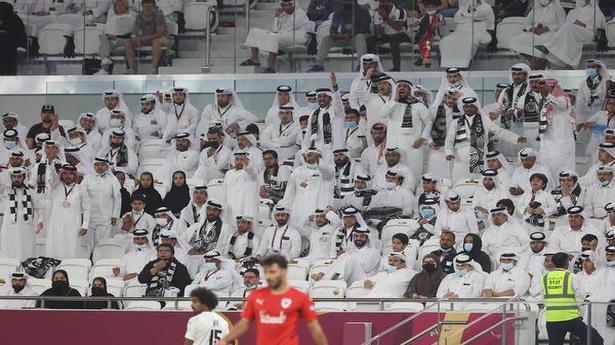 Qatar inaugurated a fifth stadium that will host World Cup games in 2022 with a domestic cup match on Friday watched by thousands who had either recently recovered from coronavirus or received vaccinations.

Since being selected in 2010, Qatar has faced bad headlines and searing criticism on several issues.

“Since we won the World Cup (rights) we have received a lot of criticism. There is constructive criticism that we tried to take on board,” said Fatma al-Nuaimi, head of communications of the Supreme Committee that is organising the 2022 tournament.

“We also try not to let this criticism stop us,” he said.

The inaugural fixture, the Emir Cup, is in honour of the nation’s ruler Emir Sheikh Tamim bin Hamad Al-Thani who attended the fixture along with FIFA president Gianni Infantino.