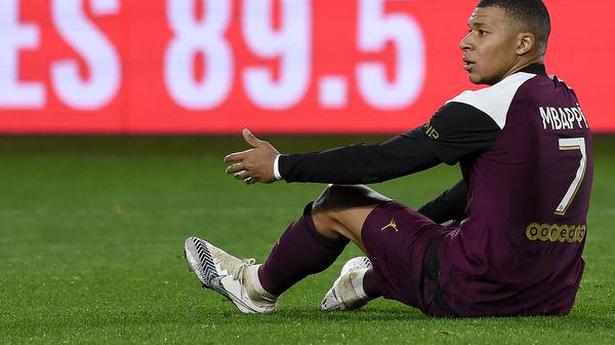 Paris Saint-Germain announced on Tuesday that Kylian Mbappe has suffered a hamstring injury and will miss its Champions League game at RB Leipzig.

The forward’s last-minute pull-out is a significant blow for PSG with Neymar and Mauro Icardi already ruled out of Wednesday’s game in Germany.

Thomas Tuchel’s side takes on Leipzig playing catch-up in Group H after losing to Manchester United in its opening game. Mbappe scored a penalty in the league win over Nantes on Saturday before being withdrawn and heading straight down the tunnel clutching his right hamstring.

Meanwhile, the Champions League is providing succour for Manchester United as Ole Gunnar Solskjaer struggles to tame a volatility in domestic performances that has ignited concerns about the team’s identity and direction under its former striker.

Amid a turbulent start to the season, Solskjaer has been forced to change personnel on a regular basis.

One week, a player or a system works; the next, it doesn’t.

While much about the team remains a mystery, it is abundantly clear that, under Solskjaer, United is best as a dangerous counter-attacking side. The pace of Marcus Rashford, Anthony Martial and Greenwood in behind defences is lethal.

It remains to be seen if Istanbul Basaksehir is wise to this fact in its doubleheader against United either side of the international break.