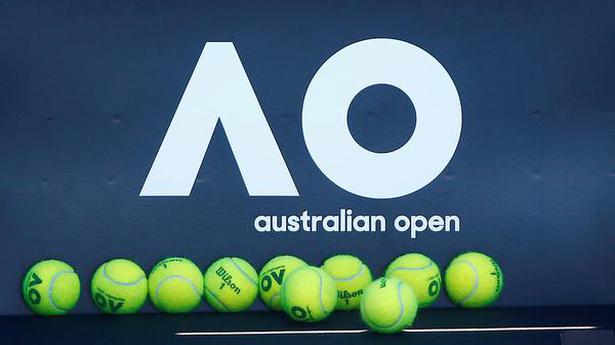 An apparent backflip on border entry requirements for the Australian Open may allow unvaccinated players to compete at the first tennis major of 2022 after undergoing 14 days in quarantine.

Last week, high-ranking federal and State government political leaders said players who hadn’t received two doses of a recognized COVID-19 vaccine were unlikely to get visas for the January 17-30 tournament at Melbourne Park.

Early October 25, a leaked email from the WTA to its Players’ Council, reported by the New York Times and Melbourne’s The Age newspaper, suggested unvaccinated players would likely be granted a visa but must do two weeks in isolation in a quarantine hotel.

Fully vaccinated players would not have to undergo quarantine.

“We feel the need to reach out to you all to clear up false and misleading information that has recently been spread by other parties about the conditions that players will be forced to endure at next year’s Australian Open,” the email said. “We have been communicating regularly with … the Tennis Australia team in recent months and they shared some good news with us on our Players’ Council call last Friday so that you know the facts.”

The email said Tennis Australia was still working with the government on the details but because Victoria State was expected to hit a vaccination target of 90% of the adult population by next month, “it has been confirmed that conditions for the players at the Australian Open will improve significantly.”

It said players were expected to be allowed to start arriving in Australia from December 1. Tennis Australia was expected to comment on October 25.

“It will be done in plenty of time for all of the players to know what the requirements are and for those who aren’t vaccinated to get vaccinated,” Mr. Pakula told Melbourne radio station 3AW on October 25. “We are still resolved with Tennis Australia and the Commonwealth the question of whether unvaccinated foreign nationals will be allowed into Australia at all and, if so, under what circumstances.”

Australia is preparing to re-open its international borders for the first time in more than 18 months, but it’ll be a gradual, State-by-State process starting next month and will depend on vaccination rates across the country. Fully vaccinated people will have fewer restrictions in Australia than those who are not.

The vaccination debate has been ongoing in tennis since international competition started re-emerging following a global shutdown at the start of the pandemic last year.

Some players, including nine-time Australian Open champion Novak Djokovic, have advocated that the decision to get the vaccine should be a personal choice. Others, including Andy Murray, have said it should be mandated for the good of the majority.

At the U.S. Open, which ended September 12, spectators had to show proof of at least one dose of a COVID-19 vaccine to attend matches, although players weren’t required to get a shot.

Both the men’s and the women’s tours are recommending all players get vaccinated but so far have not enforced it.

Ahead of the Australian Open earlier this year, all players had to quarantine for two weeks and be regularly tested under Australia’s strict regulations on COVID-19 measures.

Most were allowed a limited time outside to practice, but any who tested positive or we deemed to be close contacts of a positive case — which in some cases meant simply being on the same charter flight — weren’t allowed to leave their hotel rooms.