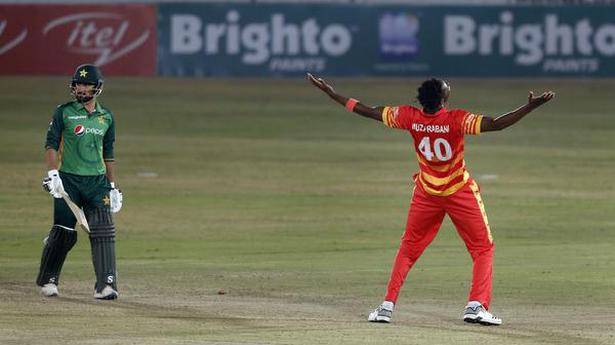 Paceman Blessing Muzarabani took career best figures of five for 49 as Zimbabwe beat Pakistan in a thrilling Super Over finish in the third and final ODI on Tuesday.

The actual match finished in a tie after Muhammad Musa hit the final delivery of the 50th over from Richard Ngarava for a boundary to level the scores at 278.

But man-of-the-match Muzarabani dismissed Iftikhar Ahmed and Khushdil Shah for two runs on four balls in the Super Over which Zimbabwe scored off just three balls without any loss. Despite the defeat Pakistan won the series 2-1.

Earlier, Zimbabwe’s total of 278 for six was built around a fighting unbeaten 118 (135b, 13×4, 1×6) by Sean Williams who helped his team recover from paceman Muhammad Hasnain’s best figures of five for 26.

The win broke Zimbabwe’s sequence of ten consecutive defeats and gave it its fifth win over Pakistan in 62 ODIs.