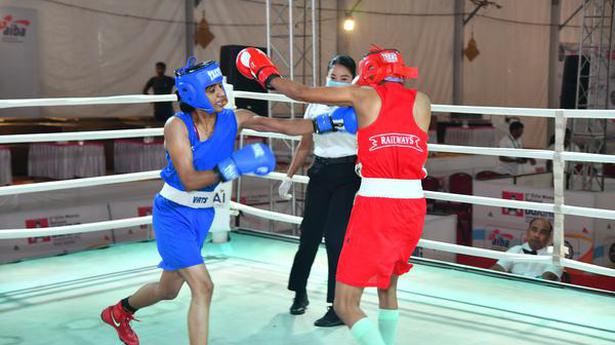 Nitu, who had bagged World Youth titles in 2017 and 2018, outsmarted Manju 5-0 in a well-controlled 48kg final bout to prove herself at the elite stage.

It was a fine performance from southpaw Nitu who relied on her fluid footwork, accurate jabs and follow-up shots to steal points. Railways’ Manju could not land enough punches to stop her Haryana rival.

“I had my plan ready and I was confident of winning the final,” said Nitu, who won all her bouts with an identical 5-0 margin.

“I used the lockdown well to hone my skills and improve my game with my coach Jagdish Singh at the Bhiwani Boxing Club. It has given results. I have got small targets and the next one is the World championships,” said Nitu.

The gritty and alert boxer from Kota displayed her good ring sense and a fine right jab as she dominated the contest against an experienced rival.

Nikhat Zareen, who bagged her first National title, was named the Best Boxer.