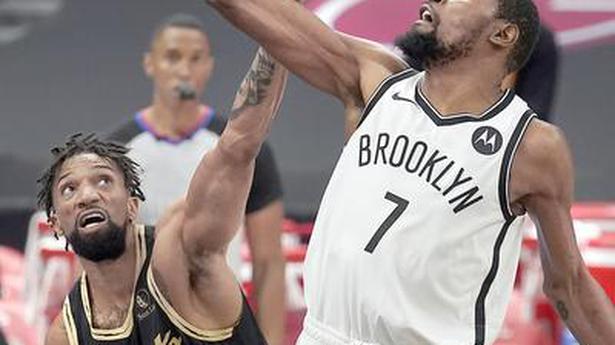 Kevin Durant and Kyrie Irving combined for 26 points as the Brooklyn Nets became the first Eastern Conference team to punch its playoff ticket on Tuesday with a 116-103 win over Toronto Raptors. The Nets overturned a six-point deficit with just under 10 minutes remaining in the final quarter to pull away for a win which leaves it on top of the conference with 42 wins and 20 defeats.

In Charlotte, Giannis Antetokounmpo scored 29 points and grabbed 12 rebounds as Milwaukee Bucks solidified its hold on third place in the Eastern Conference with a 114-104 win over the Hornets.