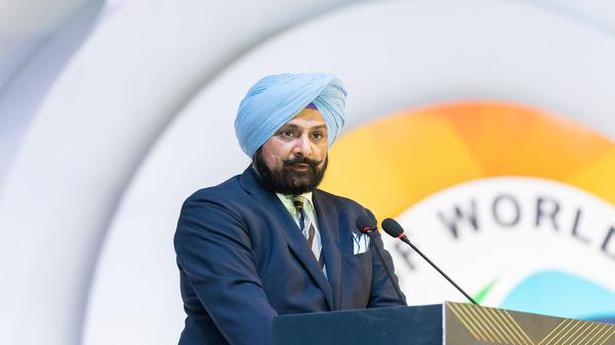 The president of the National Rifle Association of India (NRAI), Raninder Singh, assured a merit-based selection of the Indian shooting team for the Tokyo Olympics, when he addressed the media at the end of the World Cup here on Sunday.

“The selection will be purely based on merit. The interest of the nation would be foremost when fielding the best shooters in each event. We have all data available. We will take an informed decision,” asserted the NRAI president. The selection committee meeting is expected to be held on April 3 or 4.

It was also announced that there would be reserve shooters and they would be given the same level of training as the Olympic-bound shooters in the run-up to the Games.

Raninder was happy with the manner in which the young Indian shooters responded to the opportunity of competing in the World Cup at home. He said that efforts would be made to have “regular international engagements.”

On the safety and health front, Raninder said that he was looking at the Indian shooters training in a bio-bubble in due course of time.

He expressed anguish about the National championship not being held any time before the Olympics, owing to the prevailing situation in the country.