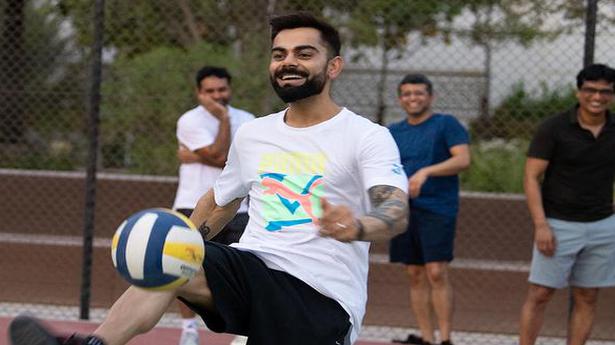 The Indian team departs on a long tour of Australia right after the IPL, moving into one bio-bubble from another.

India skipper Virat Kohli feels the “repetitive” nature of being in a bio-bubble can be mentally tough on cricketers and length of tours will have to be considered accordingly if playing in a protected environment becomes a norm in a world scarred by COVID-19.

The Indian team departs on a long tour of Australia right after the IPL, moving into one bio-bubble from another.

Also read: Decoding the bio-bubble: The invisible shield changing the dynamics of sport

“It’s repetitive, it’s not as tough when the group of guys is amazing, which we have,” Kohli told his franchise Royal Challengers Bangalore’s Youtube channel reflecting on his time in the IPL’s bio-secure environment.

“Everyone part of that bio-bubble is really nice, the vibe has been so good. That’s precisely why we’ve enjoyed playing together, just enjoyed our time in the bubble as well.

“But it does get difficult at times because it is repetitive.”

Most squad members are part of the IPL and have been in the UAE since August. The Australia tour will stretch to the new year, leaving the players on the road for more than four months, that too with little connection to the outside world.

Cricket is only being organised in bio-bubbles amid the pandemic and the situation is unlikely to change anytime soon. Kohli said the scheduling has to factor in mental fatigue a bio-bubble can cause to the players.

“These things will have to be considered. Like what length of the tournament or series one is going to play and what impact it will have on players mentally to stay in a similar environment for 80 days and not do anything different.

“Or have space to just go and see family or small things like that. These things have to be thought about seriously.

“At the end of the day, you want the players to be in the best state mentally, based on how they’re feeling. Those conversations should take place regularly.”

India play three ODIs, three T20s and four Tests Down Under. They return for another full series against England and that too will be held in a protected environment.

The “bubble fatigue” has already forced star Australia players like Steve Smith and David Warner, who are part of the IPL, to rule themselves out for the Big Bash League back home.

England pacer Sam Curran, who is part of the Chennai Super Kings, last week said players might have to pick and choose games in case of back-to-back series in a bio-bubble.

“It can be tough — if you’re in all three formats, you’re obviously travelling into different bubbles, not being able to spend time with family, loved ones, things like that,” Curran told Sky Sports.

“I know speaking to the other England players that it is tricky. You look at the tours coming up and there’s going to be a big schedule for all-format players. Some guys, I’m sure, will have to pull out at different stages.

“Some guys react to it differently: there are days when you’re struggling and days when you feel like you’re coping okay.”

Rajasthan Royals pacer Jofra Archer is also “counting days” to get home from the UAE.