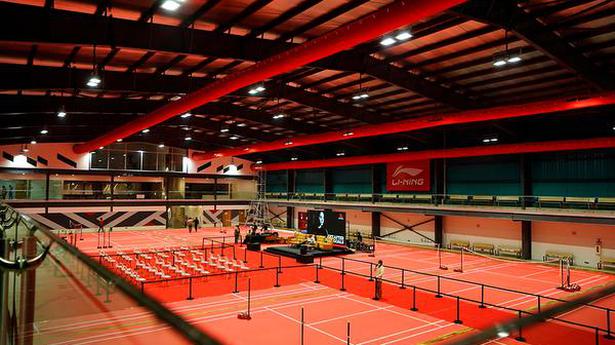 World championship bronze medallist, and one of India’s best women’s doubles shuttler, G. Jwala formally launched her Jwala Gutta Academy of Excellence in the premises of Sujatha High School near Gachibowli, on Monday.

The ultra-modern academy, which will have 14 courts, was formally launched by Telangana Minister for IT and Municipal Administration K.T. Rama Rao,

“I have been to many countries but have rarely seen the kind of sports infrastructure we have in Telangana.

“And, I appreciate Jwala and her family for setting up this facility, which can match with the best in the world, on their own,” said the minister while assuring full support.

Jwala said that the state-of-the-art complex would also focus on other sports including cricket and swimming.

“I feel we need more quality badminton players, I will put in the best efforts to inculcate discipline in those who are keen to make a mark both in sports and in the society,” she said.

The academy also has a seating capacity for 600 spectators, an international standard gym and a yoga centre to serve as a one-stop destination for the young and aspiring athletes, said Jwala.

Jwala said she had not taken support from anyone in setting up the academy and is in the process of recruiting about 10-14 coaches, including a couple of foreigners, with the panel headed by her mentor and Dronacharya S.M. Arif.

She added plans to conduct a six-month diploma course for coaches was on the cards.

“My role will be more of a mentor than a coach and essentially a link between players, coaches and parents,” she said.