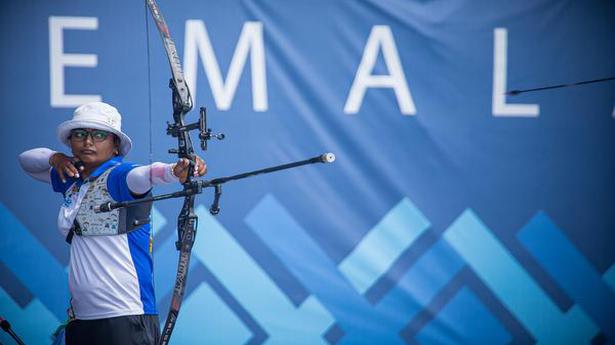 The Indian women’s archery team, led by former World No. 1 Deepika Kumari, reached here on Monday to compete in their final Olympic qualification event on June 20.

The women’s trio of Deepika, Ankita Bhakat and Komalika Bari will have to finish in the top-3 to clinch the last available berth for the Tokyo Olympics which begins on July 23.

“The Indian women archers are going through a mandatory 10-day quarantine.

“They went ahead of the men’s team because of the Olympic qualifiers,” Archery Association of India assistant secretary Gunjan Abrol said.

While the men’s team had secured the Olympic berth during the 2019 World Championships, India so far has an individual quota among women, achieved by Deepika at the Continental Qualifiers in Bangkok two years ago.

“The men’s recurve and compound teams will leave India on Tuesday,” Abrol said.

A week after the qualification event, both the teams will compete in the third stage of the World Cup.