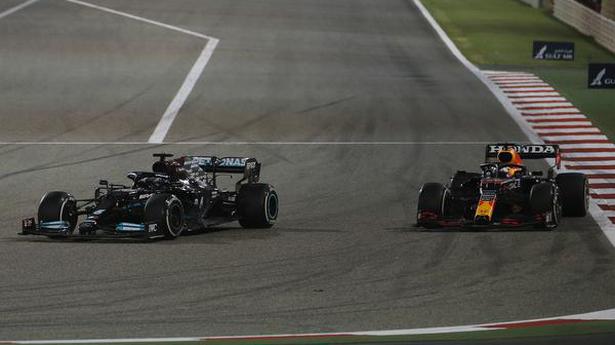 Marko, a 77-year-old Austrian who is a senior team figure and close to Red Bull founder-owner Dietrich Mateschitz, admired Hamilton’s tactics and skill in laying a trap before fending off the faster Red Bull car to triumph by 7/10ths of a second.

In a race that met the hopes of Formula One’s global legion of spectators, Hamilton’s guile, allied to Mercedes’ strategy, enabled both to defy the odds.

Marko is notoriously difficult to please but said Hamilton had been clever in the way he managed the closing laps when it looked certain that the Dutchman, 13 years his junior and with an edge in pace, would pass for victory. Verstappen went round Hamilton at Turn Four with four laps remaining, but the move cost him the race. He damaged his tyres and also crossed the lines marking the track limits. The race director ordered Verstappen to give the place back.

“According to Max, it was the sporting thing to do,” said Marko. “He wasn’t even back on the ideal line when the call came that we should let Hamilton pass. “I have no idea what would have happened if he hadn’t done that. Lewis was smart because he let himself fall back on purpose until he caught up with Verstappen again.”

Hamilton’s move encouraged Verstappen to close up but that allowed Hamilton to control the Dutchman’s position as he picked up air turbulence and dirt on tyres.

“Hamilton’s tyres were dead, apparently,” Marko told ServusTV. “But he had a revival and because of that dirt on our tyres a final attack from Verstappen was not possible.”