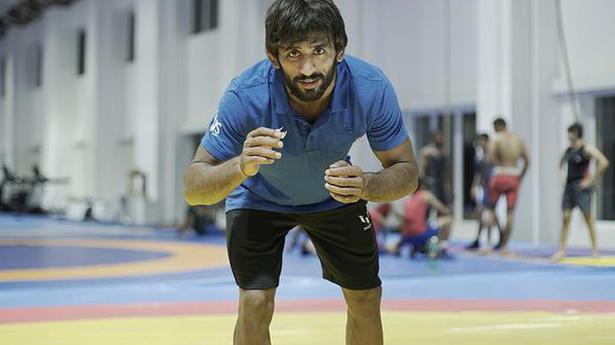 Studded with world-beaters, the Indian wrestling contingent will be a force to reckon with in Tokyo.

The competent trio of Seema Bisla (50kg), Anshu Malik (57kg) and Sonam Malik (62kg) complete a squad that has the potential to produce the best-ever performance in the Olympics.

Twenty-seven-year-old Bajrang, ranked No. 2 in the toughest weight class which has 12-13 medal contenders, will try to achieve his long-cherished dream in his Olympic debut.

The fourth-placed Ravi and Deepak, ranked second, are young but have shown their class.

Among the women, Vinesh, 26, is ranked number one and has proved her worth time and again.

Vinesh, who exited the Rio Olympics after injuring her leg midway through a contest, fought back to win gold medals in the 2018 Commonwealth Games and Asian Games and a bronze in 2019 World championships.

The determined Vinesh, who was infected with Covid last year, has collected four gold medals this year to exhibit her current form.

The young Anshu and Sonam, who graduated to the elite level in a fast-forward manner, have underlined their potential by grabbing quota places in the Olympics. Late bloomer Seema has also hurdled over several obstacles to qualify.

With no fear and nothing to lose, these lesser-known wrestlers will leave no stone unturned to achieve glory.

Antim underlines her class in the women’s 53kg