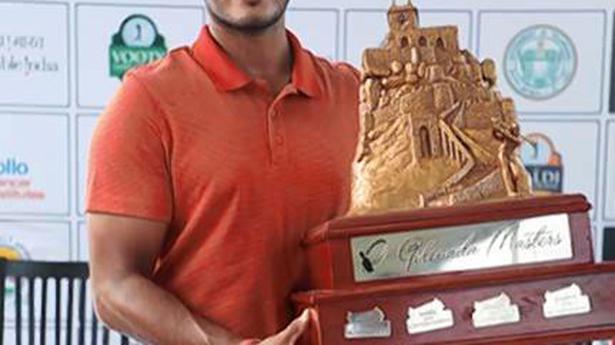 Gandas (64-58-64-64), the overnight leader by five shots, turned in a two-under 64 featuring four birdies and two bogeys to end with a tally of 22-under 250 and thus prevail by an impressive three strokes at the ₹40 lakh event which marked the resumption of the 2020-21 PGTI season after a six-month forced break due to COVID.

“I feel relieved and happy to have finally won a title after coming close on a few occasions before. I’ve waited a long time for this. The way I was playing this season, I knew that a win was just around the corner,” Gandas said later.

Kochhar’s flawless round, the lowest of the day, saw him make all greens in regulation. The two-time winner this season sank a 30-feet birdie on the 15th and landed his tee shot within two feet of the pin for a tap-in birdie on the 18th.

Hyderabad’s Milind Soni won the trophy for the best performance by an amateur as he ended tied 38th at one-under 271. Tej Gangavarapu, the other amateur to make the cut, closed the week in 51st place at five-over 277.