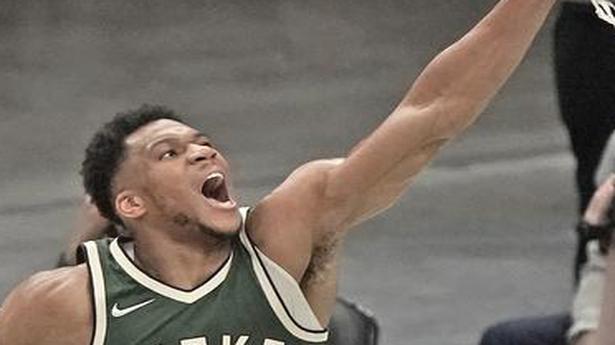 Giannis Antetokounmpo scored a season-high 49 points in his return from an injury as Milwaukee Bucks overcame Kevin Durant’s 42-point performance to beat Brooklyn Nets 117-114 on Sunday.

Two-time reigning NBA Most Valuable Player Antetokounmpo, who had been dealing with a sprained right ankle, outdueLled Durant in the Eastern Conference clash between the two highest-scoring teams in the league.

Antetokounmpo finished just three points short of his career high, which he set two years ago against Philadelphia.

Elsewhere, Pascal Siakam (39) and Kyle Lowry (37) combined for 76 points as Toronto Raptors kept its playoff hopes alive with a 121-114 win over the struggling Los Angeles Lakers.