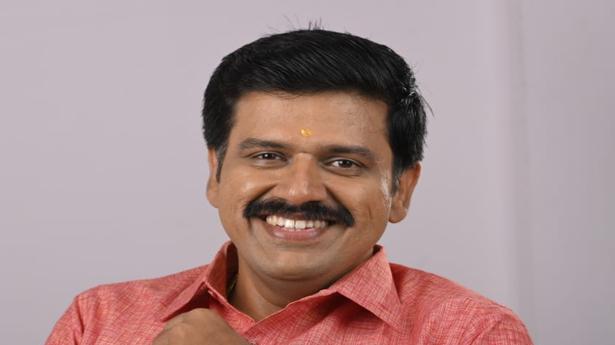 Worldwide, fans of the European football giant Manchester United are upbeat over the club’s rise from the slump that followed legendary club coach Sir Alex Ferguson’s retirement. However, the fans in Kerala seem to be irate for reasons far from their club’s exploits on the turf.

What irked them is a recent post by Bharatiya Janata Party’s State spokesperson Sandeep G. Varier, in which he invoked the club’s name to score a political point.

“FC Kundungal has refused to play Manchester United,” he wrote on Facebook.

The seemingly-innocuous comment was an apparent dig at a section of regular talking heads at television news channel debates who threatened to boycott debates hosting Sreejith Panicker, an alleged right-wing sympathiser and a regular at television debates.

This is in protest against an allegedly sexist comment made by Mr. Panicker regarding an incident in which two volunteers clad in PPE kits saved the life of a COVID-19 patient in Punnapra on May 7. A video of the seriously ill patient seated between the duo and being shifted to a hospital from a domiciliary care centre on a motorcycle had gone viral on social media.

Mr. Varier’s comment implied that the people scared to take on Mr. Panicker on television were taking the easy route out.

Meanwhile, Rekha, one of the good samaritans who took the patient to a nearby hospital, has filed a police complaint against Mr. Panicker.

Many of the comments under Mr. Varier’s post ranged from harmlessly hilarious to downright abusive. There were also some serious observations on the futility and the injustice of the comparison drawn, and some questioning the choice to drag a decorated club into a cheap political slugfest.

“Unless you delete the post at the earliest and apologise for your act, we United fans will deal you physically and legally,” read one sarcastic comment in an apparent reference to a popular dialogue from the recent Malayalam flick Joji starring Fahad Fazil. It came from the chairman of the Manchester United Supporters Club Kerala.

Another angry rant equated Prime Minister Narendra Modi to the Glazers family, the U.S.-based owners of the club, and how each was bad for the country and the club respectively.

A fan turned rather sentimental and rued how the club was a far cry from its glorious days though it still remained a brand.

“First score at least one goal and then talk about Manchester United,” said another fan posting a ‘0’ in a dig at BJP having secured zero seats in the recent State Assembly election.

Another chose to remind that both Kerala and Manchester United was red and commented that it needs “boundless degree of shamelessness” to use the club to justify an alleged sexist.

Meanwhile, the Kozhikode District Collector used the popularity of the episode to spread a message of hope for those reeling under the pandemic.