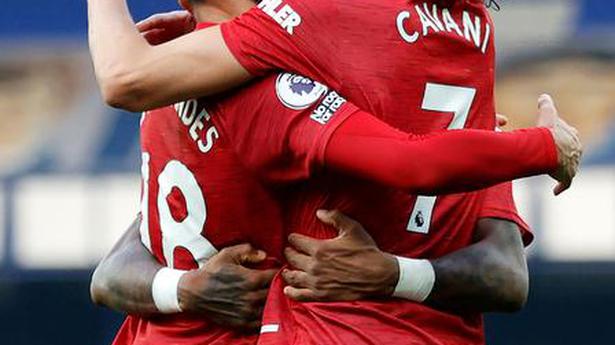 Manchester United eased the pressure on manager Ole Gunnar Solskjaer with a 3-1 win at Everton in the Premier League on Saturday with Bruno Fernandes scoring twice and Edinson Cavani grabbing his first for the club.

United has failed to win at home in the league this season and there were questions over Solskjaer’s future after the midweek defeat to Istanbul Basaksehir in the Champions League.

The loss was the third straight defeat for Carlo Ancelotti’s side which, after being the early season pace-setter, has slipped to fifth in the standings.

Serie A: Sassuolo 0 drew with Udinese 0.