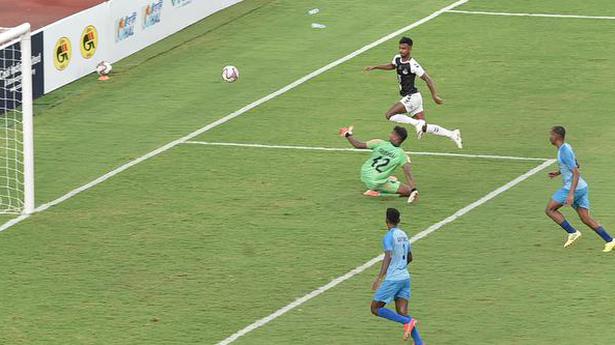 I-League side Mohammedan Sporting proved too strong for Indian Air Force (IAF) as it registered a 4-1 win to start its campaign in the 130th Durand Cup in style, here on Sunday.

Milan Singh started the scoring process for Mohammedan Sporting in the 19th minute before defender Arijeet Singh doubled the lead around the half-hour mark. Azharuddin Mallick added a third just before half-time to help Mohammedan Sporting reach a comfortable position.

The Airmen got a goal back through Saurav Sadhukhan after the change of ends in the 47th minute but failed to keep up the momentum. Mohammedan Sporting, which is the first Indian club team to win the title in 1940, completed its authoritative showing when Marcus Joseph found the fourth goal in the 77th minute.

The Chief Minister of West Bengal Mamata Banerjee was present as the chief guest and greeted the two sides prior to kick off.