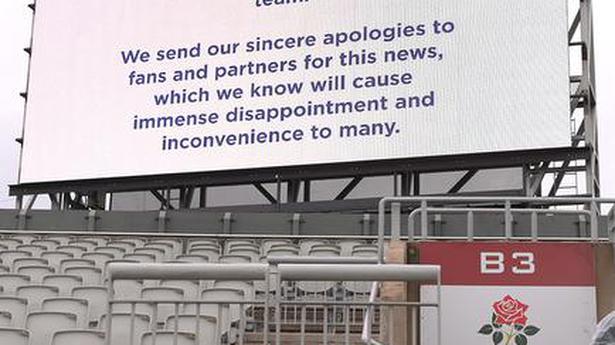 There is something ridiculous (and pointless) about playing the fifth Test of a series nearly 300 days after the end of the fourth Test. There is, of course, the small matter of losing some £30 million otherwise. The call of television is strong. Authorities seldom care about the organic growth of a series; a match is a match is a match is about as subtle as they can get.

However, the intriguing issue is how the England and Wales Cricket Board (ECB) managed to put one over on the Board of Control for Cricket in India (BCCI). The BCCI started off keen that the series be left as is, decided 2-1 in India’s favour with the ‘fifth’ Test to be treated as a one-off. In September when India pulled out, ECB chief executive Tom Harrison had said he expected any rearranged fixture to be a “standalone situation”.

It had been a tough, hard-fought series fiercely competitive and with moments of great heroism and exceptional comebacks. Both teams threw everything they had into it, and at the end of the fourth Test, one team had emerged clearly superior. That is what a Test series is about. It is not a collection of loosely-bound matches, but an opera which evolves while feeding on its own emotions and finding new ways of expression. A one-off is just that; without context, without any narrative build-up.

The outcome off-field can be read in two ways: as a success for ECB diplomacy (or arm-twisting, which is the same thing) encouraged by the fact that India were on shaky ground legally, having been the team to pull out owing to a “fear of Covid” which, as any first year law student will tell you is not the Covid itself. Or it can be seen as a failure of the BCCI to throw its weight around and get its way in international cricket in the manner it has been accustomed to in recent years.

The kindest way to look at it would be to see it as a favour which England might have to return sometime soon when India need it. Unless this was a way of the BCCI saying ‘Thank You’ for England returning to India to play Test matches following the Mumbai terrorist attacks of 2008. That was a wonderful gesture from the Englishmen; perhaps this can be seen as one even if not quite as wonderful, by the Indians.

Money, television and diplomacy apart, this is, in real terms no fifth Test. Imagine an athletics meet where something happens off field and the 100m run is called off halfway. It will be no one’s argument that when everything resumes after a week or a year that only the last 50m be run to decide the fastest man of the meet. As I wrote in this column when the issue first arose, don’t artificially tag on a Test to the series. The tension of a developing series is lost, the build-up dissipated, teams change. Playing the final Test next year is as ridiculous as deciding to play the washed out fifth day’s play of the first Test later.

From this distance, England hold the advantage on the field too. India will have to start their preparations, both physical and mental, all over again. Both teams will struggle to rediscover the intensity that marked the first four-fifths of the series. India could have returned to play a white-ball series (which wasn’t in the original itinerary), but to mix it with a single red-ball match in a bid for continuity is strange.

For a series that was abandoned in September 2021 after four of five Tests, to be resumed in July 2022 indicates that the team leading at the break go into it with everything to lose and nothing to gain. England have given themselves the best chance to level the series following their diplomatic coup.

It has meant there is no need for arbitration or for the International Cricket Council to come into it. India might have felt they were not standing on firm enough legal ground, and were thus susceptible to a compromise that didn’t give them much.

What was the worst-case scenario? England being declared winners without a ball being bowled? In that case the series score of 2-2 would always appear in the record books with an asterisk to indicate that one of the Tests hadn’t actually been played on the field.

The only ‘positive’ to take from this (as losing captains say at the end-of-match interview) is that the BCCI can lose the odd argument now and then. Perhaps it is good for cricket. We will have to await payback time…