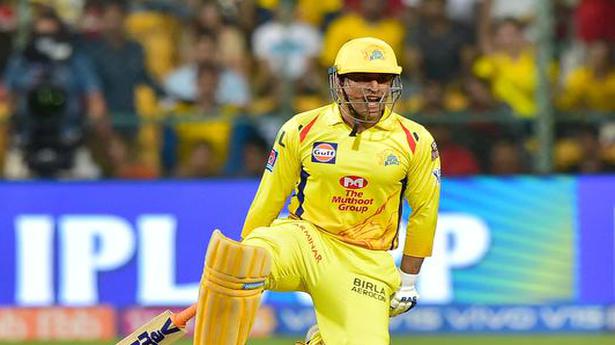 Three-time winners Chennai Super Kings have failed to clear the leagues stage for the first time in the tournament’s history.

Mahendra Singh Dhoni and Chennai Super Kings owners share such mutual trust and fabulous relationship that he could be retained as captain of the side in 2021 despite enduring an abysmal IPL season in the UAE, says former India opener Gautam Gambhir.

Three-time winners CSK have failed to clear the leagues stage for the first time in the tournament’s history and are currently placed at the bottom of the points table following an unprecedented eight defeats in 12 outings.

“I keep saying that why CSK is CSK is because of the relationship between the owners and the captain. They have given all the freedom to MS, and MS has received all the mutual respect from the owners as well,” Gambhir was quoted as saying by ESPNcricinfo.

“So I would not be surprised if they continue with MS and MS plays till the time he wants to play. And then next year he still continues to be the captain and have a much different squad than what he has this time around.”

“He deserves that much of appreciation from the owners.”

The 39-year-old Dhoni’s future has come under scrutiny in the wake of CSK’s mediocre performances in the ongoing IPL.

Gambhir, who flourished under Dhoni’s captaincy in international cricket, pointed out his overall record as CSK skipper.

“And that is how every franchise should deal with their captain, who has delivered for them.”

The ongoing season has been a far cry from their glory days, having managed only eight points so far after four wins.

Gambhir said, “MS has won them three (IPL) trophies, couple of Champions Leagues, he has made them one of the top successful sides in the IPL after Mumbai Indians.

Earlier, the CSK management has said that Dhoni would be retained at the next mega auction, which is likely to be held in 2022.