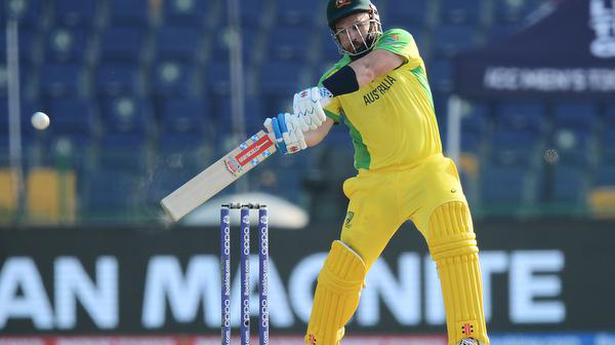 Australia will face Sri Lanka in Dubai on Thursday in a bid to firm up its position in the points table as the scramble for the semifinal spots picks up pace in the ICC Twenty20 World Cup.

Both teams won their respective last matches albeit in contrasting fashion. While Australia scraped through after an outstanding bowling performance, Sri Lanka rode on Charith Asalanka’s unbeaten 80 and Bhanuka Rajapaksa’s 53 off 31 balls to win after being 79/4, chasing 172.

For Australia, Aaron Finch and David Warner will continue opening despite struggling for runs. Matthew Wade has backed them to come good. “I don’t see a lack of form at all. They’re terrific players. They’re just short of runs. To be honest, guys that are world-class players for as long as they have been in this format are never out of form. They’re just short of runs at the moment,” Wade said on Wednesday.

Marcus Stoinis and Wade played crucial cameos in the lower order in the first Super 12 encounter and are likely to retain their batting positions.

But if the top three fire in unison, Glenn Maxwell and either Stoinis or Wade could be sent ahead of Steve Smith, who batted at No. 4 against South Africa.

Meanwhile, Australia will be pleased with the way Josh Hazlewood bowled in the PowerPlay. Maxwell’s four overs are a bonus.

On the other hand, Sri Lanka head coach Mickey Arthur has confirmed that spinner Maheesh Theekshana will play if fit. “He’s improved tremendously. So we’ll warm him up tomorrow; and if everything goes well, he’ll be playing,” Arthur said.

Lahiru Kumara might ask probing questions of a wobbly Australian top-order with his pace.