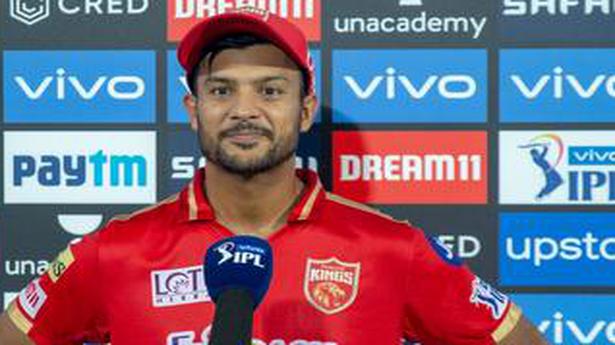 Punjab Kings’ newly-appointed skipper Mayank Agarwal has hinted at the possibility of Chris Gayle or Dawid Malan playing the role of an opener in the upcoming games.

Answering questions from mediapersons on Sunday night about the two overseas recruits turning up higher in batting order following K.L. Rahul’s non-availability, Mayank responded, “That’s something we have to speak about.”

After PBKS suffered a seven-wicket defeat to Delhi Capitals, Mayank defended the team combination chosen for the match. “With Delhi’s batting, we thought we needed that firepower to get the wickets. That was the plan. And we back our bowlers to do it for us.”

On the question of how prepared he was for captaincy, MayaSnk said, “I had been kept in the loop. Through the season, we were there in meetings.

“There was enough time to prepare. When you play as a batsman, you don’t think like a captain, you execute your role as a player. When you are captain and batting, you want to take extra responsibility.”