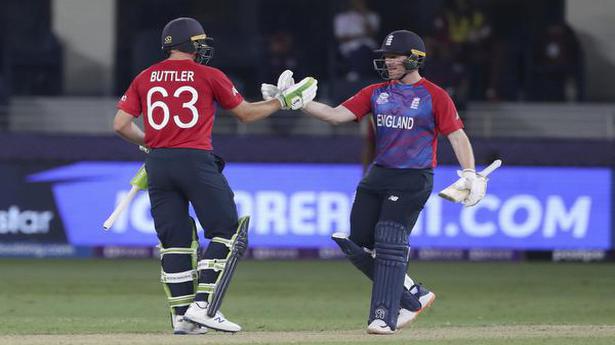 Eoin Morgan’s leadership has transformed England from 50-over laggard in 2015 to 2019 World Cup champion. And it began its bid to claim a second world title in as many years, beating the West Indies by six wickets in its ICC Twenty20 World Cup opener in Dubai on Saturday.

“I think it’s as good as it gets,” said Morgan. “To start a world tournament or a campaign like that, I think full credit has to go to our bowling unit.”

This was also England’s first win against the West Indies at the men’s T20 World Cup. West Indies has been victorious in its previous five meetings, including twice in the last edition.

Morgan attributed the performance to England’s bowling and tight fielding. “I don’t think the wicket was all that flush to bat on but still even after the start West Indies got, we made inroads, they came back at us and we stuck to our guns. The guys were very disciplined.

“I thought we fielded well, we took all of our chances and built pressure and momentum to create the rest of the chances throughout the innings.”

Morgan also heaped praise on Moeen Ali. With three of England’s key all-rounders missing, Moeen stepped up. His miserly figures of two for 17, including a phenomenal 18 dot balls, helped bundle out West Indies for a paltry 56.

“I thought he (Moeen) summed up the conditions beautifully,” said Morgan. “He hit his lengths really well, took chances when his match-ups were right. I think the reason he hasn’t featured as much as we would have liked is down to conditions.”

England — aiming to become the first team to hold the 50-over and 20-over World Cups — takes on Bangladesh in Abu Dhabi on Wednesday and Australia in Dubai next Saturday.