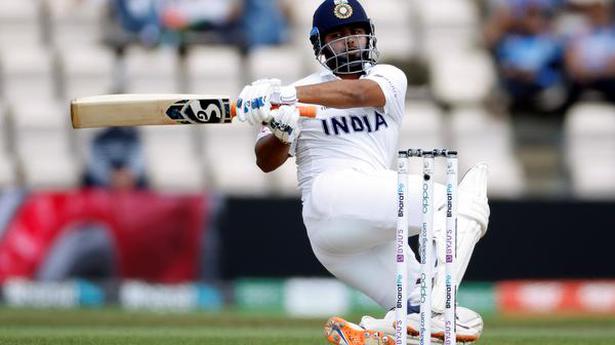 Luckily for Pant and India, there is time enough for the player to recover before the first Test on August 4

The temptation must have been difficult to resist. Here’s a young man, an international sportsman, with a chance of watching the kind of football he will not get back home. There might have been a residual fear about what could happen in cheering, screaming crowds after what happened in similar situations during a cricket series in India. But this is England, the rules are different, and what are the odds anyway?

Rishabh Pant may not have worked it out thus. But as a key player in the series to follow, he should have been aware of the risk he was taking when he decided to go — sans mask, it appears — to the England-Germany Euro 2020 match at Wembley. Or if he didn’t, the Board of Control for Cricket in India should have alerted him to it.

The BCCI did send out a mail advising players caution, mentioning the football and Wimbledon specifically. But, according to a report in this newspaper, it was sent only “hours before the three-week break ended”.

That break, between the World Test Championship final against New Zealand and the regrouping at Durham in preparation for the five-Test England series, belonged to the individual players to relax how they wished to. No bubble, no staying together in tour hotels, no do’s and don’ts.

It is unlikely that the BCCI would have taken kindly to a player who decided to go mountain climbing or skiing or even scuba diving in this period. It would have said, in effect, “You are here on an assignment that needs you at your physical peak, and anything that interferes with that task is a no-no.”

So why should attracting the coronavirus be any different? In fact, you put not only yourself in danger, but your teammates too, and in the worst case, perhaps the tour itself. And the players are contracted to the BCCI.

No one is suggesting that young athletes at the height of their powers should spend all their time cooped up indoors for three weeks. Sourav Ganguly, the BCCI president has said it is physically impossible to wear the mask all the time. But players on tour during a pandemic have to be discreet, avoid crowds, and understand the import of the many things that could go wrong.

Luckily for Pant and India, there is time enough for the player to recover before the first Test on August 4. This is not a tirade against Pant, who is a valuable player of the team, but merely points out the need for personal responsibility when on tour during a pandemic. The sporting season and the pandemic are both racing in England. Football, cricket, tennis and Formula One have had crowd management that has swung between the cautious and the reckless. Indian players have been seen at many of these events; they will argue that they are following local rules.

Keeping track of the rising cases is not impossible. Currently there are some 40,000 new cases daily. This should tell the tourists something — mainly that caution is advised.

Some years ago, India’s first great opening batsman Vijay Merchant wrote about the dynamics within a touring party. Some players just want to have fun (especially if they realise their chances of playing a Test are nil), some want to strike a balance between enjoying themselves and contributing to the team effort. A third lot travels knowing the team depends on them and they cannot afford to veer away from the straight and narrow. It might have been a simplistic theory, but it did give an insight into the mind of the touring cricketer those days.

Since then, players have become more professional, teams travel with a whole range of support staff, and letting your hair down is not the primary objective for any individual. Players are treated as adults, which is a change from the 60s and 70s, and no one expects the manager, coach or director (as they have been variously known) to keep stating the obvious constantly.

The primary objective is to play and win cricket matches, and anything which works against that should be avoided. It is better to miss a Euro match as a spectator than a Test match as player.

Pant’s is a cautionary tale not just for his teammates and for touring teams in general, but for his countrymen back home too. No matter that the green flag is waved, and at some point ‘Freedom Day’ is declared like it was in England on Monday, with nearly all the restrictions lifted.

Keeping safe is an individual responsibility, and if it involves wearing masks and keeping distances for longer than the official period, then these have to be done. The pandemic has changed all the rules.