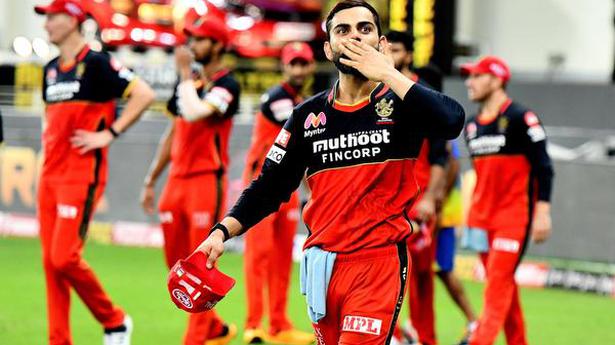 The latest cricketing term is ‘the bubble’. The bubble has allowed international competitions to be held, much to the joy of players and fans alike, but it might extract its pound of flesh unless we are prepared. The restrictions are beginning to worry and “keeping the head space in a reasonable place”, to quote Steve Smith, is getting more difficult.

The IPL final is on November 10; two days later, the Indian team leaves for Australia and will be in the bubble for some ten weeks followed by the quarantine on return home. That’s over 80 days in all.

England embark on a tour of South Africa on November 16 for a white-ball series till December 10. When England’s leading bowler Jofra Archer (who spent 87 days in the bubble in the English summer) says he is planning to get a calendar to “cross out the days to make me feel they are going faster,” you understand exactly what he means.

But players need more than sympathy as cricket and the mental issues attached to it enter uncharted territory. They will need professional help and a level of understanding few cricket boards have consistently shown in the past. Players opting out of tours, for example, need to be handled with sympathy. That choice should exist without fear of repercussions.

In January next, skipper Virat Kohli will become a father. The final Test ends on January 19 in Brisbane. If it means that Kohli might miss a match or two, so be it. Players are human beings: fitter, sharper, more gifted than most, but human beings nevertheless, and need looking after.

The cricket boards of India and Australia must agree to families touring with the team; it will make a difference, and the players certainly deserve that.

Smith has said that there is “absolutely no chance” he will be playing in Australia’s Big Bash League commencing in December. It is possible that David Warner and Pat Cummins will stay away too.

Living from bubble to bubble is “untenable”, as Eoin Morgan puts it. The West Indies player Jason Holder was home for just two days after the tour of England, then spent a month and a half playing in the Caribbean Premier League, had another break of four days and then was in the UAE for the IPL.

Players are discovering that the opposite of constant travel, packing and unpacking, not knowing which city one is in is just as disorienting as its opposite in the bubble: staying in one place over weeks, doing the same things and knowing only too well which city one is in. Cabin fever is a reality.

The argument that the T20 leagues are merely domestic tournaments and cricket boards need not react if a player overreaches for monetary reasons shows a lack of understanding of the game’s ecosystem. Player management has become crucial. It has to be a co-operative enterprise — with both the players and the administrators understanding their responsibilities.

Already team selections and travel arrangements have changed in the ‘new’ normal. India arrive in Australia with over 30 players, including their own ‘net’ bowlers, in a chartered aircraft. While the physical demands of the new normal are being handled well, the mental strain will first have to be acknowledged and then dealt with.

The pressures of a full tour of Australia, at the best of times, can be enormous. Today’s special circumstances make these doubly or triply so. Players will need help to keep their head space in a reasonable space.

In recent years, there has a better understanding and therefore greater empathy towards players who have admitted to suffering from mental struggles, whether cricket-induced or otherwise. In their books, former England players Marcus Trescothick and Graeme Fowler have invited both scrutiny and sympathy into some of these issues.

In the past, Indian teams have carried a psychologist — Paddy Upton was one of the best — and a tour like this will require more focused attention by a specialist. In the past too, players have been wary of a psychologist after some of them discovered their personal issues being discussed in the media. Trust has sometimes been lacking, which is unfortunate.

The Indian team has asked for a sports psychologist to accompany them, which is a sound move. And necessary too. But building trust might take a while, and the two-week quarantine after the team lands in Sydney will be well spent in doing just this.

The bubble’s big drawback is the lack of choice. This, for a bunch of young men in their physical prime, can be irritating. But the mental strength developed out of necessity in the bubble could have a positive impact on performance on-field. It will be a tough tour coming so soon after the IPL, and the players need to be cut some slack.