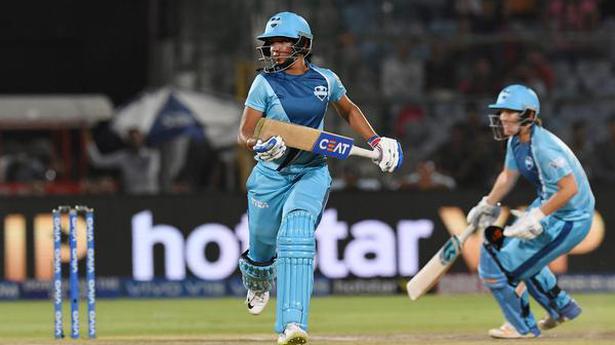 Indian players will be taking the field for the first time since the T20 World Cup in March.

The BCCI on Sunday announced Jio as the title sponsor of the Women’s T20 Challenge, to be held in Sharjah from November 4 to 9.

There were serious doubts over the exhibition games being held this year due to the COVID-19 pandemic until BCCI president Sourav Ganguly confirmed in August that it will be played alongside the IPL play-offs like usual.

“We hope the Jio Women’s T20 Challenge will inspire more young girls to take up the sport and give parents the confidence that playing cricket is a great career opportunity for their daughters,” said Ganguly in a BCCI statement.

Three teams – Velocity, Supernovas and Trailblazers – will play each other once to decide the finalists on November 9, a day before the IPL final.

No Australians are taking part in the event as it is clashing with the Women’s Big Bash but the event has attracted participation from countries including England, West Indies, Bangladesh and even Thailand.

Indian players will be taking the field for the first time since the T20 World Cup in March.

Reliance Foundation’s Founder and Chairperson Nita Ambani, said: “Our aim is to ensure that we offer the best of infrastructure, training and rehab facilities to our girls.”

“Players like Anjum Chopra, Mithali Raj, Smriti Mandhana, Harmanpreet Kaur and Poonam Yadav are great role models. I wish them and every member of the Indian women’s squad even greater success and glory in their journey ahead.”