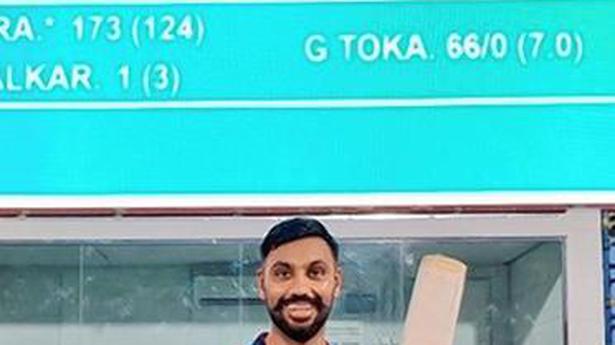 Indian-born American Jaskaran Malhotra, who became only the fourth player to hit six sixes in an over in an international match, was on Wednesday named among three nominees for the ICC Men’s Player of the Month for September.

England captain Heather Knight, her compatriot Charlie Dean and South Africa’s Lizelle Lee were nominated for the ICC Women’s Player of the Month.

The 31-year-old Malhotra, who was born in Chandigarh and captained Himachal Pradesh at U-19 level, smashed six sixes in an over against Papua New Guinea in a World Cup League 2 fixture in Oman on September 9 during a scintillating knock of 173 not out.

Nasum Ahmed was Bangladesh’s star performer in its home T20I series against New Zealand, leaving the visitors bamboozled with his accurate line and length.

Lamichhane has already impressed one and all with his trickery in his short career so far. He continued his impressive run in the month of September, emerging as the standout bowler in the World Cup League 2.

England skipper Heather Knight was also on fire, both with the bat and ball, during the series against New Zealand.

The final women’s nominee, Lizelle Lee was in a league of her own during the ODI series against the West Indies in the Caribbean.