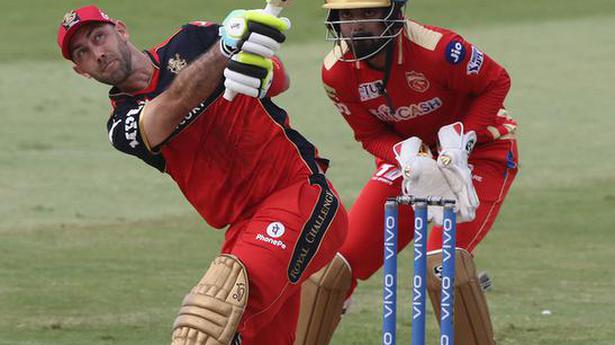 Royal Challengers Bangalore (RCB) took a gamble on Glenn Maxwell at the 2021 IPL auctions. RCB signed Maxwell for ₹14.25 crore despite the Australian’s poor performances in the previous two seasons.

With three match-winning fifties in the last three league outings, Maxwell has certainly silenced the doubters. Maxwell, the key to RCB’s progress to the playoffs, remains a valuable IPL asset.

There are a few factors that have helped Maxwell find success at RCB. The 32-year-old has been slotted at his preferred two-drop spot, which gives him ample time to build an innings. This luxury was not afforded to Maxwell last year at Kings XI Punjab, where he struggled to settle in at three-drop.

The RCB top-order, consisting of Virat Kohli, Devdutt Padikkal and K.S. Bharat, has made consistent contributions, easing the pressure on Maxwell.

Maxwell himself has taken a more sensible approach to his batting. RCB will be pleased that silly shot selection, which has plagued his game, is now a thing of the past.

“Two-drop is where I like to bat. I’ve done it for Melbourne Stars, Australia, and Lancashire. The way our openers have set it up has also helped me play my natural game.

“I’m looking to go out to bat with a little more than 10 overs left in the innings. That way I can take a couple of overs to settle in, and give myself the platform to attack. AB (de Villiers) has the ability to hit boundaries early in his innings, so he is more suited for the death overs,” Maxwell told select media on Tuesday.

Maxwell added that he allows himself some time to get his eye in. “At the start of my knock, I try to keep a solid technique.

“With this RCB line-up, I can afford to spend time in the middle. When I decide to take risks with the big hits, it’s a well informed decision,” Maxwell, RCB’s leading run-scorer this season, said.

With Virat Kohli due to step down as RCB captain at the end of the season, the search is on for a new leader. Asked if captaincy interests him, Maxwell replied, “I have to get retained by RCB first (laughs). It (captaincy) will be nice, but it’s not something I have thought about.

“I enjoy my current role in RCB. I do some heavy lifting when it comes to making field changes.

“This takes some load off Virat. As for picking the next captain, that is something that the team management will decide,” Maxwell said.