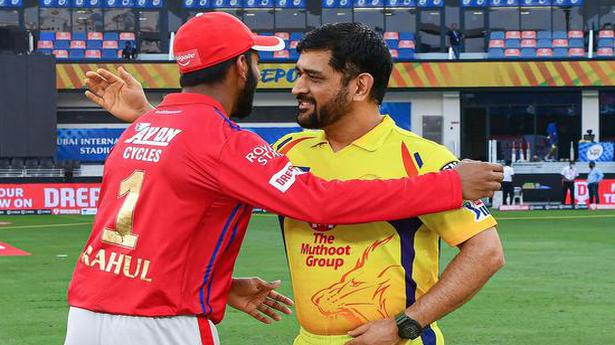 Chennai Super Kings captain Dhoni himself confirmed that he will be there next season at the toss.

Mahendra Singh Dhoni on Sunday said that Chennai Super Kings’ “core group” of players is set for overhaul after the franchise finished out of the IPL play-off bracket for the first time in 11 appearances.

A league-stage exit is a first for the three-time champions and one IPL’s most successful franchises.

“We need to slightly change our core group and look for the next 10 years,” Dhoni said after the team’s final league game.

“At the start of the IPL, we made a team and it served well. There comes a time where you have to shift a bit, hand it over to the next generation.”

Dhoni, 39, vowed that his team will come back strongly in the next season.

“We’ll come back stronger, that’s what we are known for.”

The World Cup-winning captain fuelled IPL retirement rumours by handing over his signed jerseys to Kolkata Knight Riders players after his team’s victory on Thursday.

But, at the toss for Sunday’s game, Dhoni himself confirmed that he will be there next season.

“Most definitely” said Dhoni when asked by former New Zealand pacer Danny Morrison if the game against Kings XI Punjab was his last for CSK.

“(The jerseys) maybe they thought I’m retiring,” he said at the presentation ceremony.

Coming back to the campaign, he acknowledged that it was a very difficult one with the team losing eight of their 14 matches.

“It was a difficult campaign. We committed a lot of errors. The last four games were a template of where we would like to be.

Dhoni accepted that team didn’t play to its full potential.

“I don’t think we played to the full potential. If you are lagging too much, it becomes very difficult to push yourself and come up with performances. Very proud the way they played their cricket. It would have been very tough 6-7 games.

“You won’t want to be in a dressing room that is not really enjoying cricket. You want to keep coming up with different ideas but if the dressing room atmosphere is not happy, it becomes very tough.

“A lot depends on what the BCCI decides upon the auction. This has been a tough year. This is one of the seasons where most of the teams played well.”

The 23-year-old Gaikwad stood out again with his fine strokeplay and temperament and Dhoni was full of praise for the batsman.

“Whenever we have seen Rutu bat, he’s somebody who has done well in net sessions. But we were not able to see him in games. Then he got Covid, and even after 20 days he was not fit. He didn’t get time for us to gauge…

“… That was one of the main reasons we kept going with Faf and Watson. It didn’t work. But that’s the point where you go with the experienced players.”

Short run game against DC came back to bite us, says Rahul

Kings XI Punjab skipper K L Rahul believes that the “short run” that played a part in their opening IPL loss to Delhi Capitals massively affected their play-off chances despite a remarkable comeback in the second leg of the tournament.

KXIP finished on 12 points after losing their last game against Chennai Super Kings after winning five games on trot to raise visions of a play-off chance.

“It is disappointing. We had a lot of games in our pockets and we couldn’t get over the line and we only have ourselves to blame. That short run game too (against Delhi Capitals on September 20), looks like it has come back to bite us,” Rahul said at the post-match presentation ceremony.

Before that particular match went into Super Over, the TV footage showed that square leg umpire Menon had erred in calling Chris Jordan for a “short run” in the third ball of the 19th over, bowled by Kagiso Rabada.

The TV replays showed that Jordan“s bat was inside the crease when he completed the first run, starting from the non-striker“s end.

However to KXIP’s horror, Menon gestured that Jordan has not completed the run and only one run was added to Mayank Agarwal and the Punjab team’s total.

On their loss against CSK, Rahul said that it was all about not batting too well.

“It is as simple as that. We didn’t bat really well. Big pressure game, we expected 180-190. We couldn’t soak in the pressure. We didn’t have the results going our way in the first half,” a disappointed Rahul said after the match.

Rahul, who finished the tournament with 670 runs from 14 games, said that there were occasions when they were patchy with both batting and bowling units not clicking at the right time.

“The team still felt like we were playing good cricket. We were patchy. The bowling and batting wasn’t coming together in the first half, proud that we did it in the second half. Lots to be proud of as a team, a lot of “could have been“.

Rahul said it really hurts to crash out of the tournament after such a remarkable comeback in then tournament.

“It does hurt. We have done really well to give ourselves a chance to qualify and there is lot to be proud of as a team.

“Would have been great if we had one more victory and qualify but nevertheless we did really well as a team. It will hurt for a little while, need to take the learning and comeback stronger next year,” he said.

Elaborating about what went wrong on Sunday, Rahul said they lacked partnerships.

“It was good wicket but we couldn’t really get partnerships going. In the first six with me and Mayank getting 50 we should have capitalised and got ourselves a bigger target. The way Deepak (Hooda) batted at the end gave us a chance. In a big game like this a big total would have been nice to defend,” he said.

“I don’t think batting order got wrong, as batters we knew we had to put a big total on the board. We all knew it was a big game. The only thing we didn’t do is soak up the pressure a little bit and stitch a couple of partnerships that would have really helped us.”

The KXIP skipper also lavished praised on his team’s youngsters’ performances in this year’s IPL.

“The youngsters have all been putting a lot of work. There was no question mark about how hard they were working. It’s important for youngsters to get a couple of good game to get confidence and that’s what they have shown,” Rahul concluded.

Inaugural edition of Women's IPL to be held in March 2023