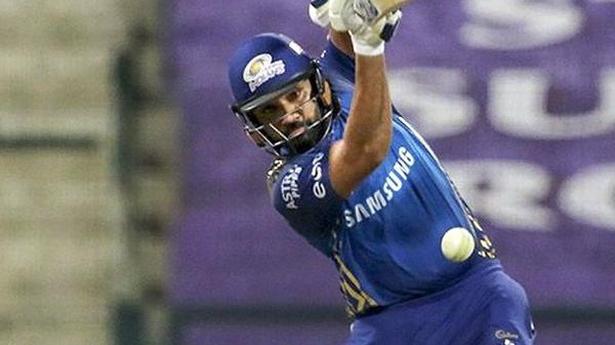 Suryakumar Yadav’s near flawless half-century complemented by Hardik Pandya’s death-over fireworks saw Mumbai Indians put up an above-par 200 for 5 against Delhi Capitals in the first qualifier of the Indian Premier League on Thursday.

Surya smashed his way to a 51 off 38 balls to lay a foundation that was enough for Hardik murder the bowling with five sixes in his 14-ball-37.

In between, Ishan Kishan was an ideal anchor with a priceless half-century (55 off 30 balls), adding 60 for the sixth wicket with Hardik in only 3.5 overs.

While Ravichandran Ashwin (3/29 in 4 overs) shone brightly with his cerebral bowling, Shreyas Iyer’s captaincy left a lot to be desired due to negative tactics as far as his pace department was concerned.

Starting with left-arm seam of Daniel Sams (0/44 in 4 overs) badly backfired and even worse was Kagiso Rabada (0/4 in 4 overs) and Anrich Nortje (1/50 in 4 overs) also had a forgettable day at the office.

In all, Mumbai Indians hit 15 fours and 12 sixes, a testimony to the number of bad balls bowled by the Capitals attack, especially their speed merchants, who were bowling short of length consistently.

At the start, Rohit Sharma (0)’s dodgy hamstring did play its part as Ashwin bowled an off-break and the MI captain didn’t move his front foot enough to cover the spin and was adjudged leg before.

De Kock and Surya however continued in full flow as the boundaries and sixes continued to flow from their blades during the 62-run stand in only 6.1 overs.

While De Kock was severe on anything bowled short or on his legs, Surya’s flowing drives off spin and pace were a treat for the eyes.

However Ashwin’s sharp cricketing mind came to the fore as he dismissed De Kock by simply shortened the length by a yard or two and the left-hander mistimed it to be holed by Shikhar Dhawan in the deep.

The veteran off-spinner once again won his battle of wits against Kieron Pollard by simply taking the pace off a flighted delivery which Kagiso Rabada smartly snapped up after sprinting some distance.

Ishan Kishan not out 55

Hardik Pandya not out 37