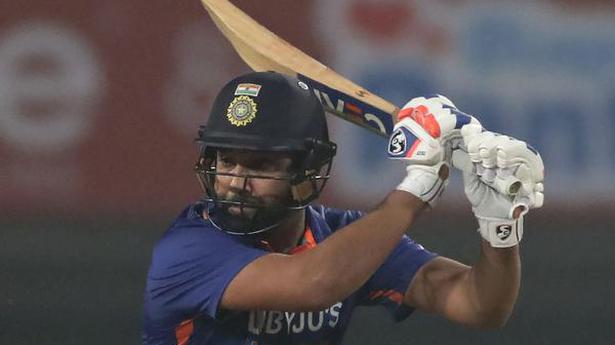 With the series wrapped up 2-0, India can use the third T20I against New Zealand here on Sunday as an opportunity to test its bench strength.

The likes of Avesh Khan, Ruturaj Gaikwad and Ishan Kishan will fancy their chances of getting a game. This could also give a much-needed break to the senior players, who surely must be reeling under the hectic schedule.

Gaikwad, in particular, will hope to get a look in, given that he finished as the highest run-scorer in IPL 2021. The Maharashtra opener also put up great numbers in the Syed Mushtaq Ali T20 Trophy. Gaikwad could replace K.L. Rahul, who could use some down time ahead of the upcoming Test series.

Chahar may be dropped

Pacer Deepak Chahar, who has leaked 84 runs in two outings, may make way for Avesh.

After a mighty impressive debut, at Ranchi on Friday, pacer Harshal Patel will be averse to the idea of sitting this one out.

His two for 25 spell was instrumental in restricting New Zealand to a small total. The Kiwi batters failed to read his cutters, and were tied up in knots. Even as dew made it tough to grip the ball, Harshal stayed in control.

When he did err on a couple of occasions, the correction came almost immediately.

“When dew is present, it is difficult to execute difficult deliveries like the slow yorker and fast yorker. I attempted a slow yorker, but it ended up as a low full toss and was hit for six.

“My attempted fast yorker resulted in a beamer. I realised that these deliveries will not work in these conditions.

“While it was difficult to lose two main death-over weapons, I had to adapt,” Harshal said after his Man-of-the-Match performance.

On occasion, the erudite Harshal turned the media interaction into a deep discussion on life lessons. “It is important to figure out what my talent will and will not allow me to do.

“One must remain cognizant of the fact that there are certain things that your talent will not allow you to do.

“There are certain things that work really well, so you need to make it so good that it compensates for your limited talent.

“The second and most important lesson is patience. Progress does not happen overnight. If you want to get better at something, you must allow yourself time.

“If you keep jumping from one place to another in your mind, it will never work,” Harshal said.