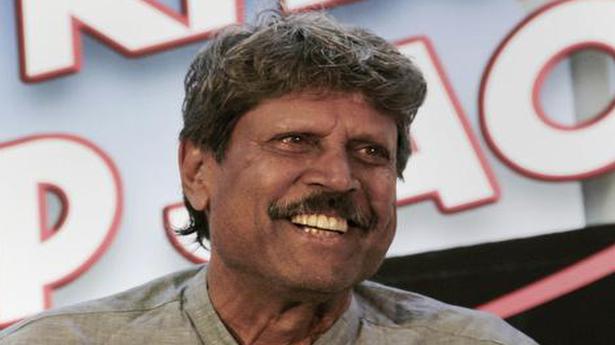 Kapil had led India to its maiden World Cup victory in 1983.

A week after undergoing angioplasty, the legendary Kapil Dev on Thursday greeted his former India teammates from the 1983 World Cup, saying he is “feeling very good” and eager to meet everyone soon.

The 61-year-old underwent the procedure after suffering a heart attack. He was discharged from the hospital a couple of days later.

Angioplasty is a procedure to open blocked arteries and restore normal blood flow to the heart.

“My family 83. The weather is very pleasant and I am very eager to meet you all. I am feeling very good. Thanks to all for your wishes and concern,” an enthusiastic Kapil, dressed in a purple T-shirt, said in a video which he shared with his 1983 teammates.

“I am hoping that we all will meet pretty soon. I will try to meet you all as early as possible. We have approached the end of the year and I am confident that we will have a great start to next year. Love you all,” he added.

Kapil had led India to its maiden World Cup victory in 1983.

The former captain, who also showed his proficiency in golf after retiring from cricket, is the only player to claim over 400 wickets (434) and accumulate more than 5000 runs in Tests.

He was inducted into the International Cricket Council’s Hall of Fame in 2010.