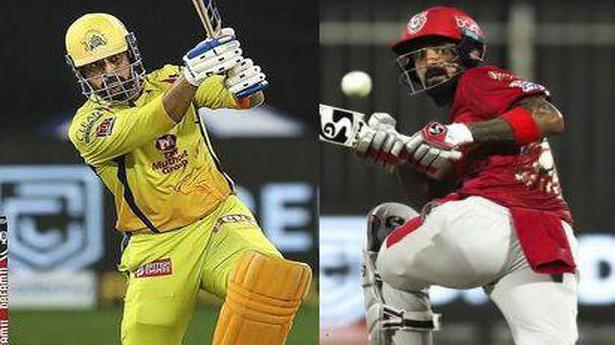 The defeat means KXIP’s fate is not solely in their hands as even a win against CSK will not ensure them a play-off spot.

Their play-off chances hanging in balance, Kings XI Punjab will leave no stone unturned as they take on Chennai Super Kings in a must-win Indian Premier League game here on Sunday.

The defeat means KXIP’s fate is not solely in their hands as even a win against CSK will not ensure them a play-off spot. The Punjab outfit will need other results to go their way.

If Sunrisers Hyderabad (10 points from 12 games) win both their remaining matches and the loser of the Delhi Capitals (14) and Royal Challengers Bangalore (14) game finishes higher on the points table — either in terms of points or by virtue of a superior net run rate — than KXIP, then KL Rahul and his men will not qualify.

However, if Sunrisers are beaten in any match, then KXIP, who are currently placed fourth with 12 points from 13 outings with a net run rate of -0.133, will have a good chance of qualifying provided they win against CSK on Sunday.

On the other hand, CSK, already out of the reckoning for the first time ever, will aim to end their dismal campaign on a positive note.

The Mahendra Singh Dhoni-led team, languishing at the bottom of the points table, head in to the clash after notching up back-to-back wins over RCB and Kolkata Knight Riders.

With skipper Rahul, the leading run-scorer of the tournament, and the flamboyant Chris Gayle coming good and the marauding Nicholas Pooran to follow at No 4, KXIP will fancy their chances at the Sheikh Zayed Stadium.

It remains to be seen if Mayank Agarwal, who has missed three games, returns to the side.

KXIP’s bowling has been instrumental in their recent wins. However, against the Royals they leaked runs and were unable to pick wickets and skipper Rahul will hope his bowlers will be on top of their game against a CSK side, which cruised to a 10-wicket win in their previous meeting.

For CSK, 23-year-old Ruturaj Gaikwad has shown a lot of spark, notching up back-to-back fifties to set up the wins against RCB and KKR. Ravindra Jadeja has been in fantastic form, smashing boundaries and sixes towards the end of the innings.

The CSK bowling unit, boosted by the inclusion of New Zealand spinner Mitchell Santer, has done well in the previous two outings and will look to keep the momentum going.