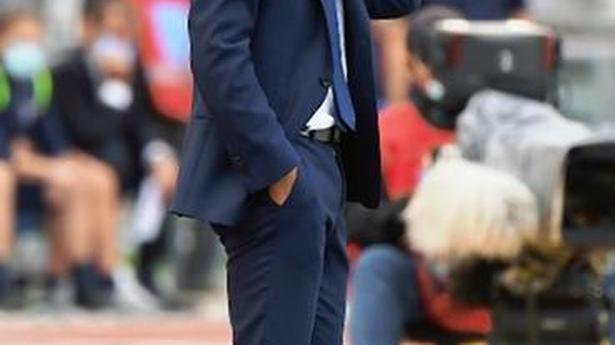 Antonio Conte might have been in the Real Madrid dugout for Tuesday’s Champions League game against Inter Milan were it not for the five words spoken by Sergio Ramos in October 2018.

“Respect is earned, not imposed,” Ramos said, when asked about the prospect of a hard-line coach like Conte taking charge.

His answer was taken as a rejection of Conte’s methods and a rebuke to the idea that Real Madrid’s dressing room was in desperate need of a shake-up. Until then, Conte, now in charge of Inter, had been the overwhelming favourite to replace Julen Lopetegui, who had just overseen Madrid’s 5-1 defeat by Barcelona in the Clasico and a day later would be sacked.

Instead on the Monday, the day after Ramos spoke to journalists at Camp Nou, the deal was off.

Santiago Solari was appointed and lasted less than five months before Zinedine Zidane returned in March to a mixture of surprise and relief from a club tired of upheaval and crisis.

The reaction to Conte’s appointment would have been very different, even if the theory that Ramos’ comments spooked president Florentino Perez have been challenged by Conte himself.

Even if Conte believes the decision was more his than Madrid’s, there was no doubt he was seen as something the team needed, perhaps still need, but would not accept.

Conte’s intensity, discipline, work ethic, attention to detail and relentless approach were seen as incompatible with Madrid’s squad of ageing stars, supposedly resistant to the new ideas of an unyielding coach.

But almost exactly two years on, as Zidane’s Real get set to face Conte’s Inter, Madrid are still pending the revolution Conte might have initiated.