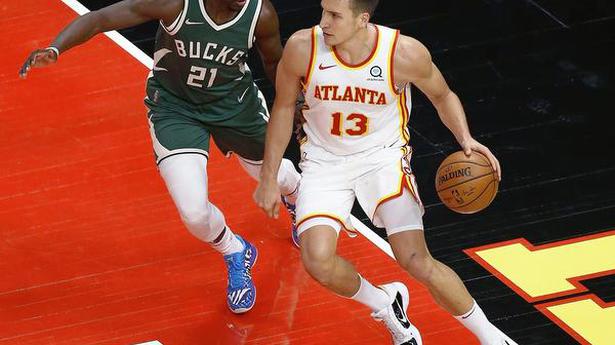 Kyrie Irving had 34 points and Kevin Durant scored 33 after a brief time away as the Brooklyn Nets earned a 128-119 victory over the visiting Phoenix Suns on Sunday in a showdown between two of the top teams in the NBA.

Blake Griffin scored 16 as the Nets backed up their standing as the top team in the Eastern Conference.

Bogdan Bogdanovic matched his season high with 32 points to spark Atlanta to a come-from-behind 111-104 win over Milwaukee.

Draymond Green assisted on a go-ahead hoop by Kelly Oubre Jr. with 1:42 to play and then followed in a Stephen Curry miss 34 seconds later, helping Golden State out-finish Sacramento 117-113.