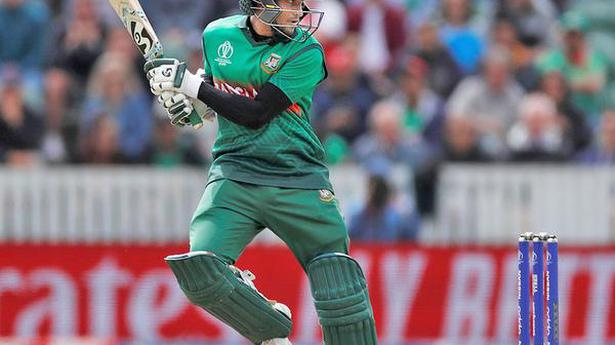 The fans were behind me more than my expectations, says the Bangladesh all-rounder

Bangladesh all-rounder Shakib Al Hasan calls it a “blessing in disguise” but says he is also prepared to be doubted by teammates when, in a few days’ time, he returns to cricket after serving a one-year ban for failing to report corrupt approaches.

Shakib was handed a two-year ban, one year suspended, by the ICC’s Anti-Corruption Unit on October 29 last year for not reporting multiple corrupt approaches by an Indian bookmaker.

“It helped me in many ways and mostly in positive ways. Lot of doors opened for me and I can think about life differently, it’s a blessing in disguise. I don’t regret this one year,” Shakib said in a video posted on his official YouTube channel. “When a man comes back from this situation he is much more matured. Now I think differently than before and it will surely help me in my life.”

The 33-year-old is among 113 cricketers who will go through a fitness test on Nov. 9 and 10 ahead of the Bangabandhu T20 tournament.

Asked if his teammates will doubt him, Shakib said: “It’s a difficult question because I am not sure what is going through anyone’s mind. They can doubt me or have no trust in me and I don’t disapprove it totally.

“But as I have spoken with almost everyone I did not feel it that way. I think they will believe me like the way they used to do, but anyone can have doubt over me at some corner of his mind because it is such a thing.”