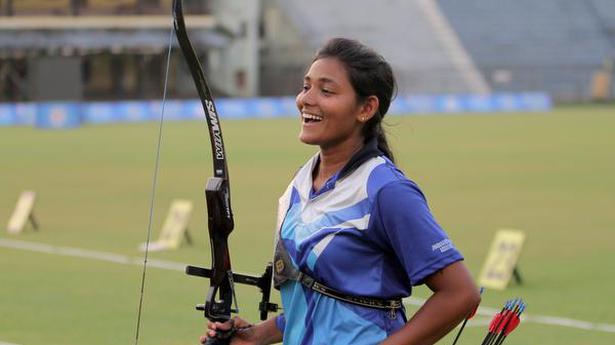 The Indian side, which took the top spot in the ranking round, defeated Mexico — consisting of Ana Vazquez, Alejandra Valencia and Aida Roman — 5-4 in the title clash.

The Indians, who took a 2-0 lead after the first set, trailed 4-2 after the third set. However, they equalled in the fourth before winning the tie-breaker with a 27-26 margin.