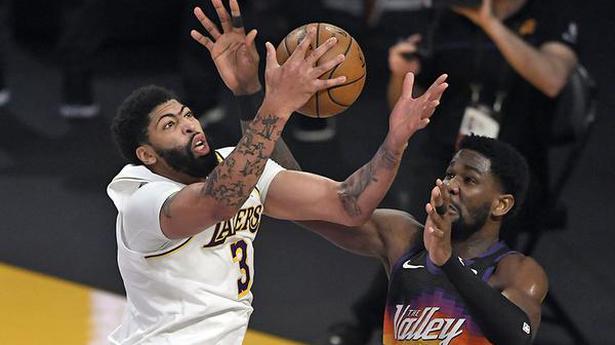 Anthony Davis had 42 points and 12 rebounds and Los Angeles Lakers made 13 shots from 3-point range to overwhelm the Phoenix Suns in a 123-110 win on Sunday night here.

Lakers avoided the three-game season sweep by Phoenix and remained one game behind the Portland Trail Blazers for the No. 6 spot in the Western Conference standings with four games left. The top six teams avoid the play-in tournament to reach the playoffs.

Los Angeles, which lost eight of its previous 10 games, was without LeBron James, Kyle Kuzma and Dennis Schroder. After being out six weeks because of an ankle injury, James has missed the last four games with the same injury. Jimmy Butler finished strong with 22 of his 26 points in the second half as Miami strengthened its hold on the sixth seed in the Eastern Conference with a 130-124 win over host Boston.

Derrick Rose contributed 25 points and eight assists off the bench and Reggie Bullock finished with 24 points on 5-for-12 shooting from behind the arc as visiting New York defeated Los Angeles.