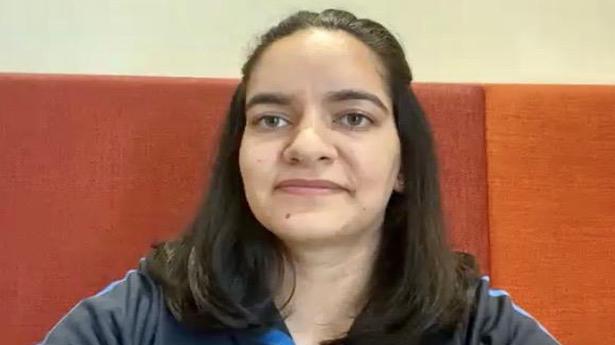 World Championship silver medallist and current World No. 3 Anjum Moudgil may not have been selected to compete in air rifle at the Tokyo Olympics, but that does not stop her from giving her best in two other events — rifle 3-position and mixed air rifle.

The 27-year-old Anjum said that she respected the selection policy and decision.

“I’m ok with it. I respect the decision. I will give my 100%. Nothing is lost, I still have two events. I’m ready for it,” she said in a media interaction organised by the Sports Authority of India (SAI).

Anjum was the only Indian woman to make the final of air rifle in the World Cup in Delhi. “I knew I was not performing well. I took time to figure out the reason with coach Deepali. I didn’t want sudden results. I worked on it for a year and a half.

“In the World Cup, I was extremely happy with my performance in all three events. I wanted to perform best in the World Cup, and I did,” recalled Anjum, about the process of self evaluation and tuning.

Anjum maintained that shooting one event less did not diminish or enhance her chances of winning a medal in Tokyo, and said that she would have given her 100% even if shooting all three events.

Despite being highly competitive, Anjum puts team ahead of self.

“We are individual when we stand in our lane. But, it is just a sport. We represent India and win for India,” she said.

Anjum was all praise for the arrangements to train and compete in Europe. She was categorical that it was much better and safer in Europe than travelling in India in the current situation.

“This much is required, if everyone wants medals from us. We have to work. We can’t sit and wait,” said Anjum.