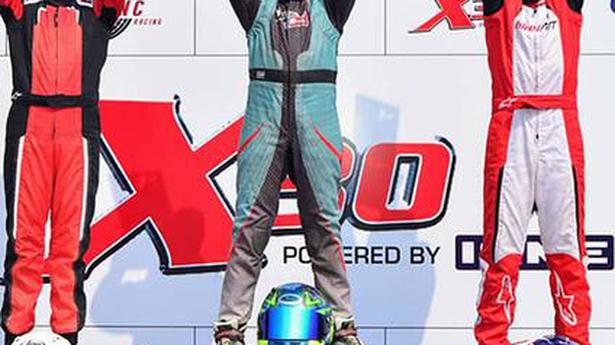 Alva, who won every race in Round 1 and Round 2, won three out of the four races in each of the two rounds in the Junior Category. He holds a massive 41-point lead and has sealed the championship with one round still to go.

In the Cadets section, Madesh won seven of the eight races to assert his class.