Yami Gautam surprised fans with her wedding announcement on June 4, 2021. Since then, pictures of Yami and husband Aditya Dhar have been going viral on the internet. Recent clicks from the close-knit ceremony capture Yami in close-up clicks and the actress makes for one stunning bride. Decked in a bridal red saree, Yami’s jewellery is perfectly detailed in these pictures. A circular maang-tikka, statement choker and a layered gold necklace complete Yami’s bridal look. The actress had also opted for an elaborate pearl and gold nose ring. These unseen pictures perfectly capture Yami’s happy vibe. 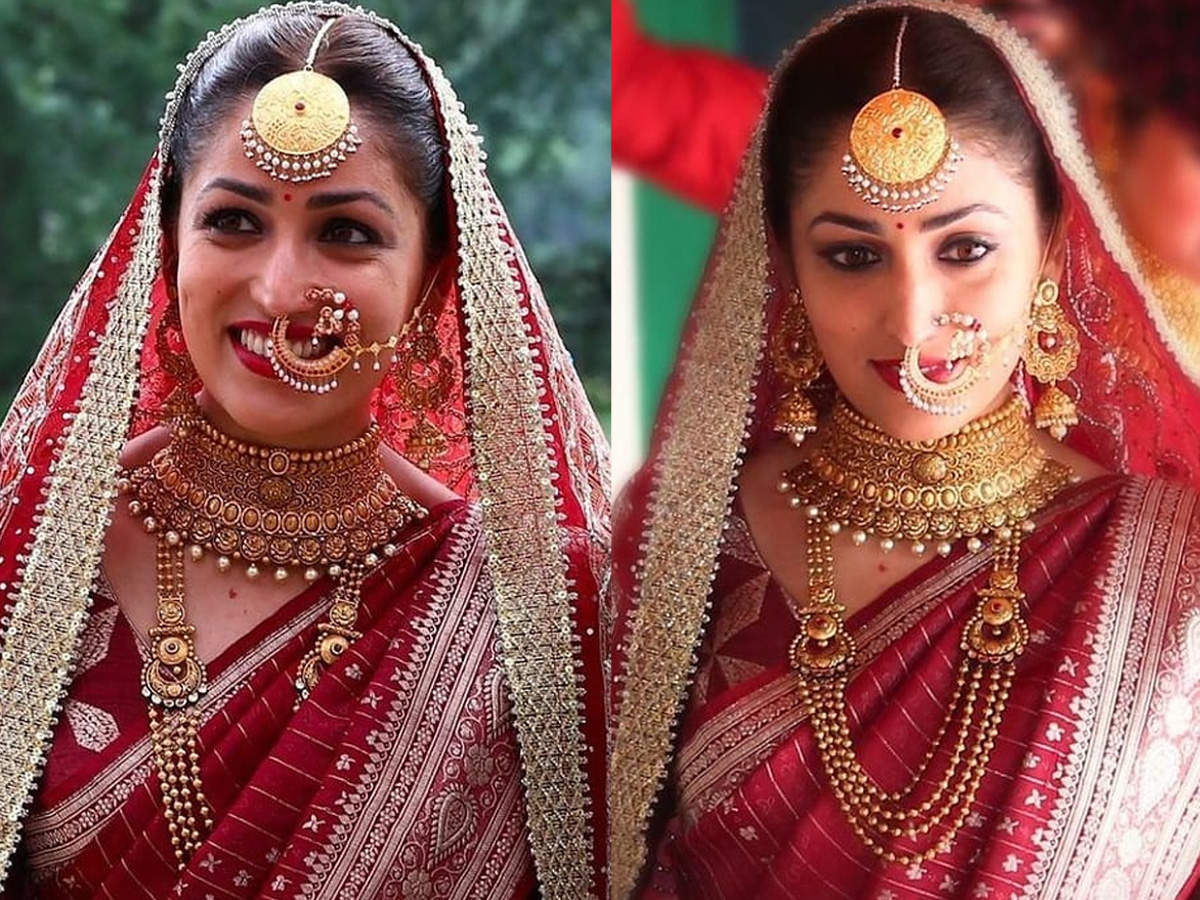 Yami Gautam tied the knot with ‘Uri’ director Aditya Dhar on June 4, at her farmhouse in Mandi, Himachal Pradesh. “With the blessings of our family, we have tied the knot in an intimate wedding ceremony today. As we embark on the journey of love and friendship, we seek all your blessings and good wishes. Love, Yami and Aditya,” the actress had shared in a social media post. Yami and Aditya’s close-knit nuptials saw only immediate family in attendance. Yami Gautam’s wedding planner had told a news portal that the couple did not want an elaborate wedding, rather they wanted to take their saat-pheras in the lap of nature.

Yami Gautam and Aditya Dhar apparently fell in love on the sets of their movie ‘Uri: The Surgical Strike’ which starred Vicky Kaushal in the lead. Speaking about their romance, a source had told ETimes, “Sparks flew on the sets of ‘Uri’ almost from Day 1. They might still not accept that they were in love from ‘Uri’ days but the fact remains that they don’t like to indulge in any PDA, which is exactly why nobody from the ‘Uri’ unit came to know about their feelings for each other.”
Source