Vijay Varma doesn’t look the part of a muscular, chiselled hero, nor is he the menacing villain… he doesn’t come with a Khan or Kapoor surname and nor is he a social media enthusiast, but what he does have, is the penchant to engage with the audience with his subtle presence. His performances are appreciated far and wide, he’s romancing the biggies of Bollywood and is being sought by celebrated filmmakers, Vijay Varma is enjoying the glory of it all while still preferring to be in the shadows.
In an exclusive chat with ETimes, Vijay opens up about life after ‘Darlings’ and ‘Gully Boy’, working with Kareena Kapoor Khan, cancel culture and his tryst with fame among other things. Excerpts:

How has life changed after the success of Gully Boy and Darlings?

Life has been good. I’m doing so many things that I really don’t have time to pause and reflect. But it’s been absolutely heartwarming to see the kind of response that the film got and all the love that we got. I managed to pocket some of those, as well. And when you do something experimental and when it clicks, it just pays off.

Over the years we’ve seen a rise in your popularity and fame. How are you handling the positives and negatives of stardom?

I’m just doing everything that I used to do. I’m maintaining a very regular life. One way of handling popularity is not to make any major changes. I’ve not seen the flipside of it, but yeah, this popularity is good. I’m not somebody who feels very comfortable being in the limelight. I like to be in my little cocoon. 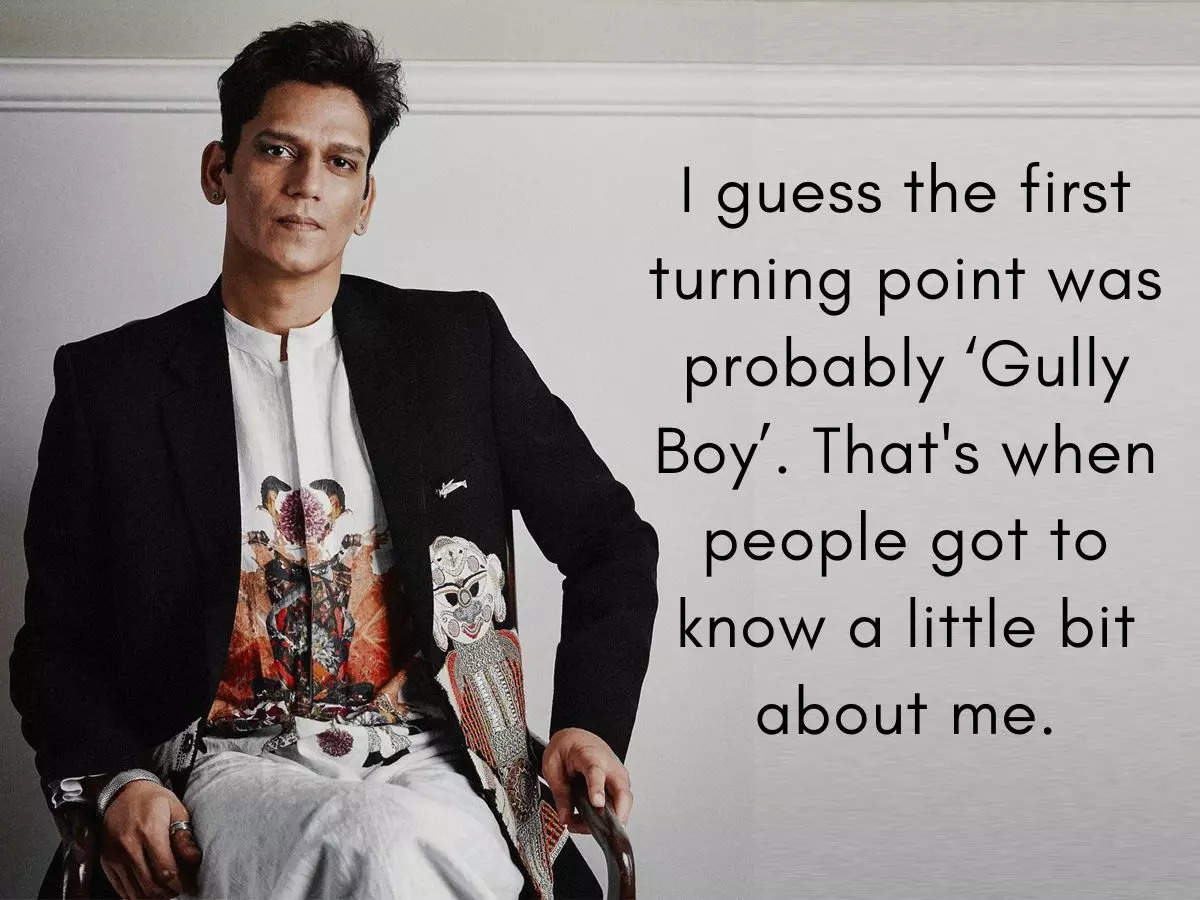 Are you getting stereotyped with negative roles?

A part of me thinks that I must be, but a part of me also knows the body of work that is lying ahead, which people haven’t seen yet, speaks of itself. So I’m like, karo tum log type cast, fir main dikhata hoon (laughs).

Between Gully Boy and Darlings… which project was a game changer for you?

I guess the first turning point was probably ‘Gully Boy’. That’s when people got to know a little bit about me and the film was widely watched and it was massive hit. So I think that gave a lot of eyeballs to the film, and eventually some of it trickled down onto me. But, I think ‘Darlings’ was another game changer. The kind response I received from the fraternity and from the audience, suggests that it was something that they tend to recall a lot.

Speaking of experiments, would you ever restrict yourself as an actor or say no to something that you’re not comfortable with? Or are you open to any kind of experiments?

I’m always kind of excited to do anything that is not boring. I will do anything that I’ve not attempted before. So within the realm of grey shades as well, there are so many different kinds of creatures and I’ve dabbled with a few of them. And if there is something that is equally fascinating, I don’t mind, giving another shot at it.

Have you had any funny fan moments of late?

How would you describe your experience with your Gully Boy and Darlings co-star Alia Bhatt off the camera?

She has a very sincere energy. She is very serious about the work that she’s doing at the same time, she’s completely lost into the world, trying to achieve some kind of perfection in her work. I’m also fairly lost in my own world when I’m on the sets. I feel this is our way of kind of using an energy to focus and create what we want to do between action and cut. So we have that similarity. Also, she’s super fun to be around. Alia has own, solid way of making it all seem very effortless.

One of your recent posts revealed that your DMs are filled with marriage proposals. What do you seek from your partner?

I was just in Lucknow and they have a nice saying about ‘Muskuraiye, aap Lucknow mein hai’. You read it everywhere when you’re in the city. When I posted that, one fan just wrote, ‘Wahan par ho toh mere maa-baap se mill hi lo shaadi ki baat karne ke liye’. I responded saying I’ve come to Lucknow for that only. This conversation kick-started an avalanche and everyone was writing to me about marriage proposals, even my friends were having fun at me expense. I was getting so many DMs, and I shared a few, but not the scandalous ones. Coming back to what I seek in a partner, I think I would really like someone who is genuine, true and authentic to who they are. Also, I think kindness is really a big, big draw for me. Sense of humor for sure, because I feel I need to be around a person who is able to laugh at difficult situations. And then there are these classic things that boys say – I like a good smile, big eyes and all that.

How important is money when making a final decision on a project?

It’s not a make or break, take it or leave it kind of a situation for me when it comes to the monies on a project. If I’m excited about working with a director or about a project or a particular role that I feel is exciting, I don’t want to be the only person who’s under the pits. But if it is a project that doesn’t have a certain kind of budget then I’m okay to be on board as long as there’s some kind of fairness in treatment. But money doesn’t really stop me from taking up work.

A decade in acting, how have you braved the ups and downs of your career?

I just kept doing what I like doing and I kept wanting to work more. I kept hoping that work will lead to more work. I was just able to put in hard work and keep my head on my shoulders. I played very patiently, so I was okay to kind of not have success right away. I was ready to wait. 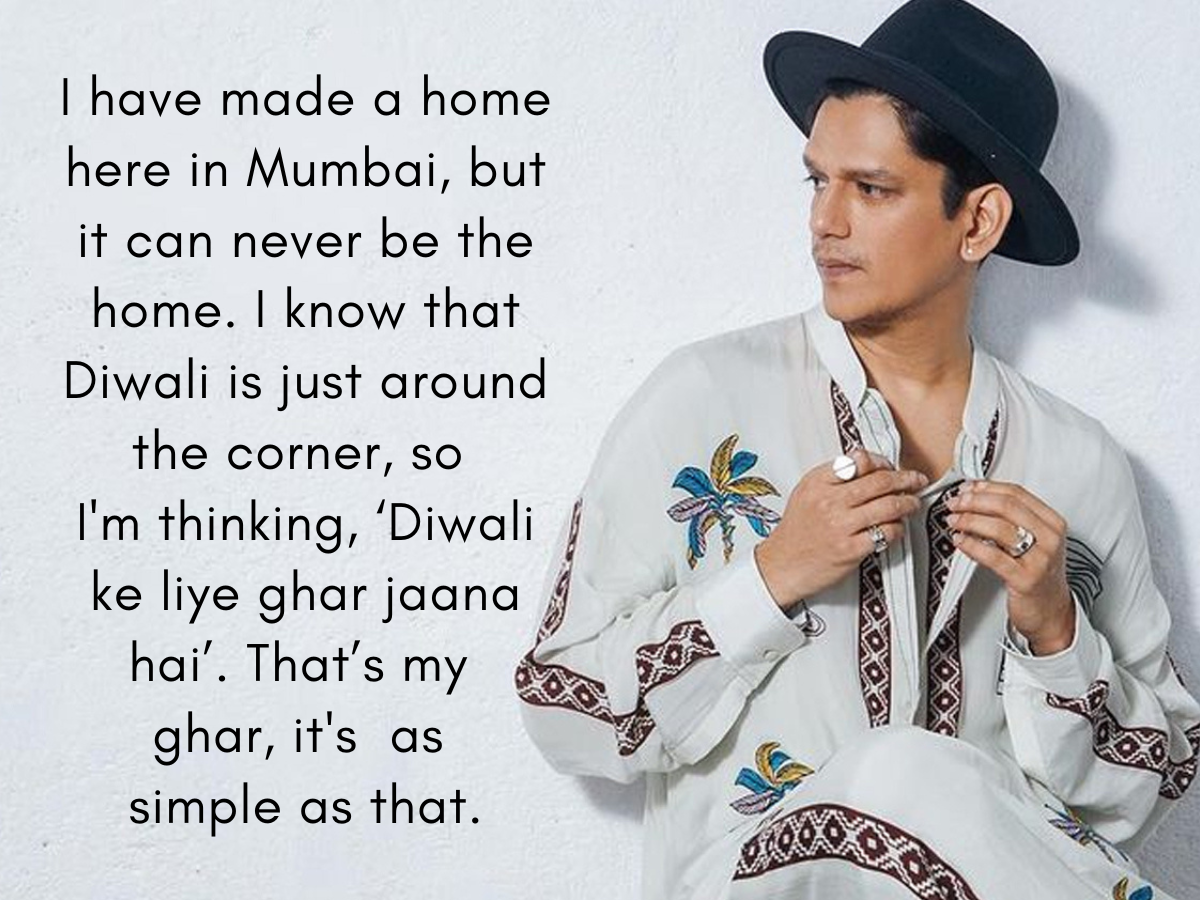 But during this journey, were there any misses?

Yeah, there were a lot of them. I was definitely in the running for ‘Kai Po Che’, the part that eventually went to Sushant (Singh Rajput). I auditioned and was considered briefly for ‘Milkha’ and there must have been others as well. But you know, eventually the guys who played those parts probably fit the part, and that is what I completely agree with. When I looked at those movies, I know why the casting happened and how incredible those actors have been. It hurt at that time but I have seen several actors who come up to me and say ‘I wanted to do that role, you were doing’ or that ‘We’d tested for your part and wanted to do it’. It’s a cycle that we all have to get used to. I always say, ‘Yeah, I’ve been on the other side, bro’.

Which new side of your personality will we witness with ‘The Devotion of Suspect X’?

I really can’t speak much about the movie because it’s based on a novel and if anybody gets to know the story, it’s all out there. But I can say that it is one of the most promising and exciting projects that I have put myself into. I absolutely love the team, right from my director Sujoy to my co-actors Jaideep and Kareena. I’m absolutely in awe, in love with the creators of this one. I’ve had so much fun that I’ve never had this kind of light, easy, adventurous and full of joy kind of an experience while shooting a film. Usually, I’m playing these really hard, menacing roles. So, ‘The Devotion of Suspect X’ was a breath of fresh air, to play something different.

Going by the BTS footage from The Devotion of Suspect X, your camaraderie with Kareena looks interesting. How would you describe her as a co-star?

She’s a delight to be around and we both have the same nutritionist, so we kind of talk about food a lot. She came to the sets with her family and at one point Saif was there, too, so it was just a beautiful atmosphere that they had created in the resort that we were staying in. There were kids playing, there were nannies running after them, people were reading newspapers, books, food was being laid out. Every day was a feast and it was a frolick. I just loved it.

What is your take on the emerging trend of Cancel Culture?

In the recent past, you had mentioned about being thronged by fans and admirers when you visit your parents. Has the crowd grown larger of late?

It’s exactly the same. As soon as I got off the promotions for ‘Darlings’ I went home to spend time with mom and family. They were like, ‘Why do you want to go back now?’ And they said, ‘Ghar pe raho ab thoda, aaram karo, khao-piyo’ (laughs). They lead a very simple life and none of this affects them. But now they also realise that they can’t take me to public places easily or the way they want to. I can’t just visit every relative’s house or attend every function in the family. 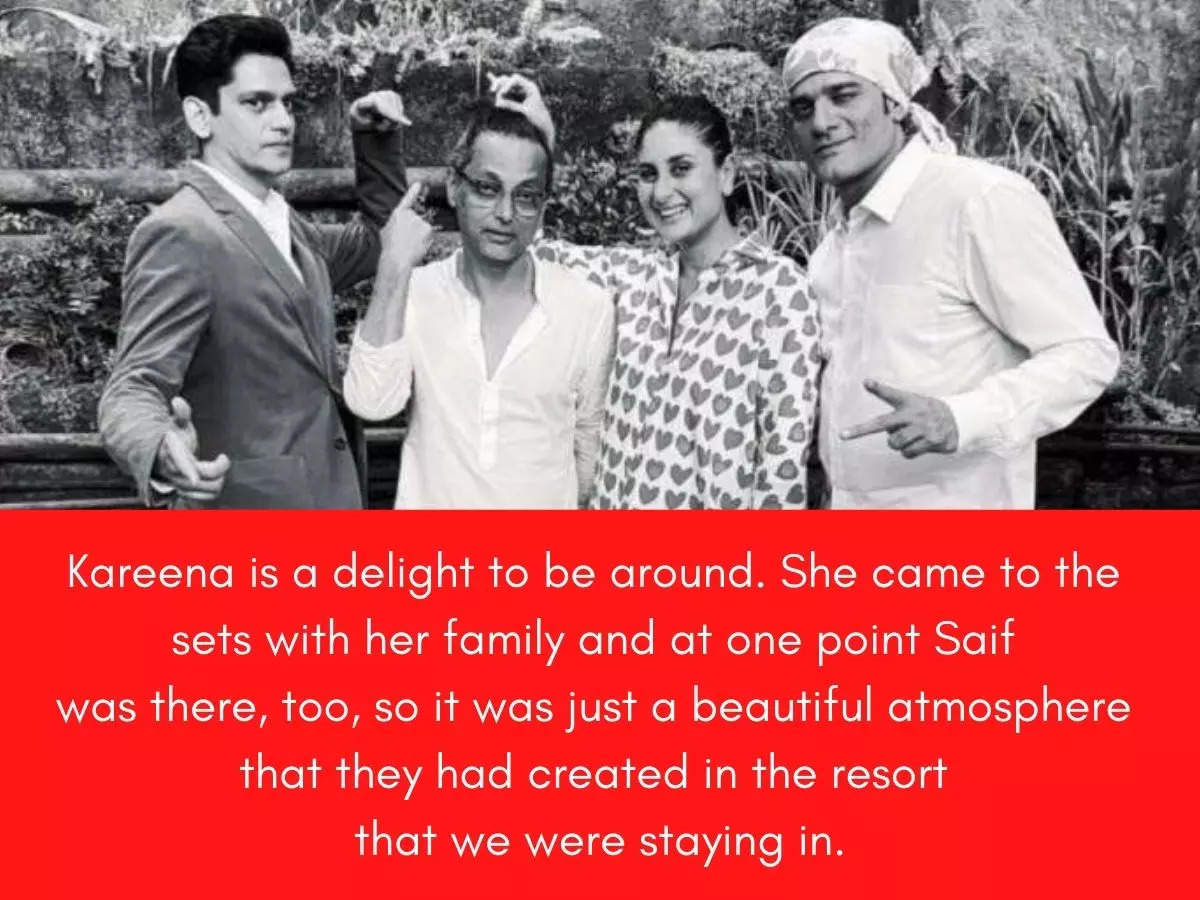 What do you miss most about home?

I think I miss my mom the most. I miss food that is made at home and so many things that make you feel like you’re home. I have made a home here in Mumbai, but it can never be the home. I know that Diwali is just around the corner, so I’m thinking, ‘Diwali ke liye ghar jaana hai’. That’s my ghar, it’s as simple as that.