Vidya Balan engaged in a fun Ask Me Anything session on Instagram and revealed several interesting details. When one fan asked the ‘Kahaani’ actress to reveal her mobile phone’s wallpaper, the actress shared a quick glimpse of the same. Her wallpaper has a spiritual connect with a small idol of Lord Ganpati and flowers featuring on her home screen. 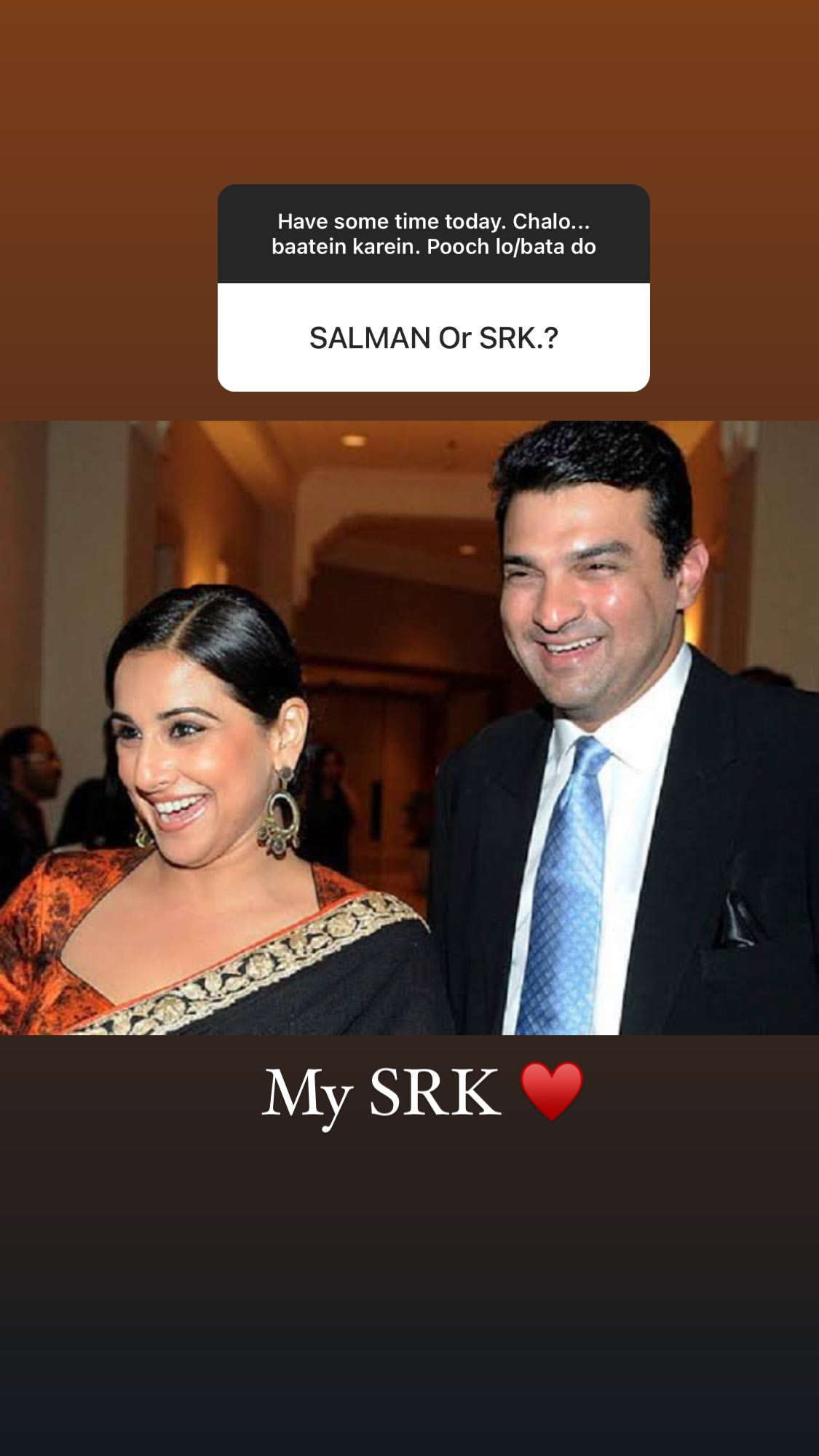 Interestingly, one user had asked Vidya to pick between Salman Khan and Shah Rukh Khan. Quirkily the actress selected her own SRK – as in husband Siddharth Roy Kapur. Sharing her thoughts on marriage, Vidya had shared in an interview with ETimes, “Marriage involves a lot of work, I agree because you are living with a person you haven’t grown up with. It is so easy for you to take the other person for granted, and that is a terrible thing to happen. And that is when the spark goes away in marriage. But what I have discovered in these eight years is that the work involved is the effort not to take the other person for granted, and therefore it’s been joyous. If you slip up there, it’s not as exciting, just becomes mundane. I love the work that is required to be put in to keep the marriage strong and exciting.”

With hits like ‘The Dirty Picture’, ‘Ishqiya’ and ‘Kahaani’, Vidya Balan has carved a successful path in Bollywood. She will soon be seen in ‘Sherni’, which is an adventure drama. Directed by Amit Masurkar, of ‘Newton’ fame, this movie will see Vidya essay the role of a forest officer.
Source