Actor Vicky Kaushal recently returned to Mumbai after shooting a song with Tripti Dimri in Croatia. He has now started prepping for Meghna Gulzar’s much-awaited film, ‘Sam Bahadur’. On Thursday, Vicky took to Instagram and shared a happy selfie with Sam Manekshaw’s grandson Jehan.
Vicky will be seen essaying the role of Sam Manekshaw, who was the Chief of the Army Staff of the Indian Army during the Indo-Pakistani War of 1971. The actor offered a glimpse of his sessions with Jehan.

Sharing the picture with his fans, Vicky wrote, “Enjoying the insightful sessions with @jehanmanekshaw.” Have a look: 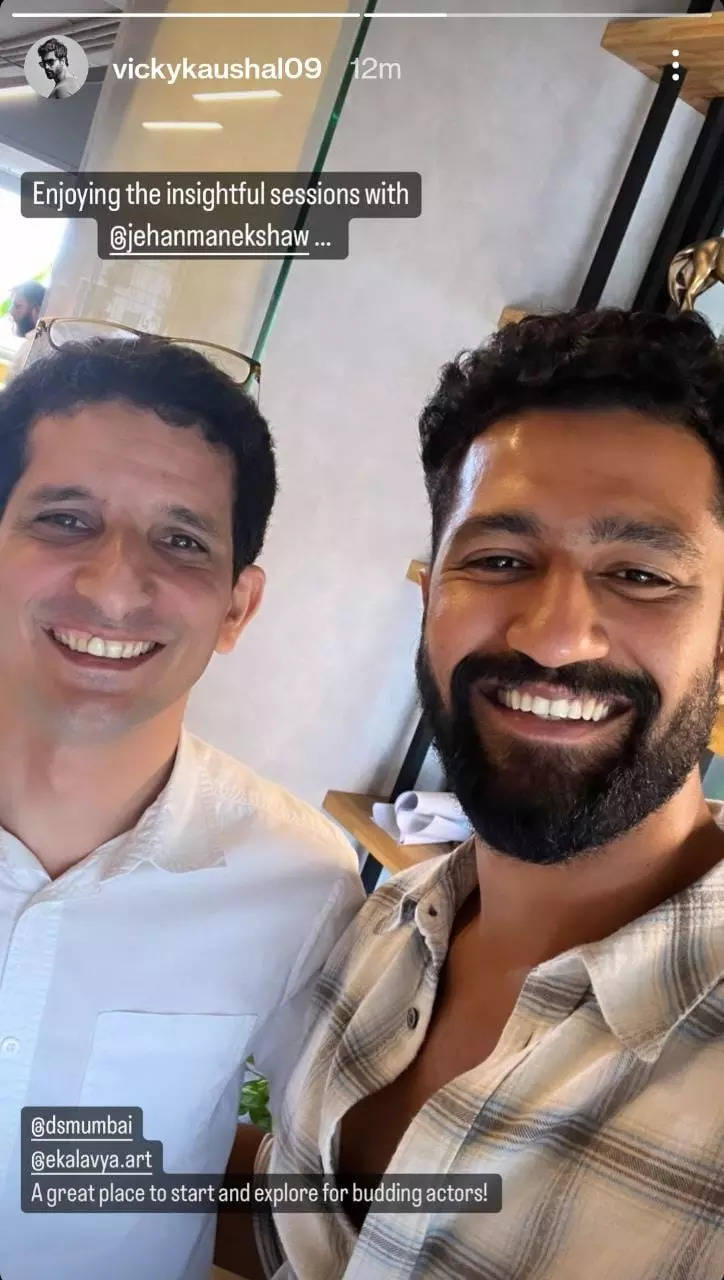 ‘Sam Bahadur’ will also star Fatima Sana Shaikh, who will essay Indira Gandhi‘s role and Sanya Malhotra, who will play Vicky’s wife in the film. Earlier, in a statement, Vicky spoke about Sam Manekshaw. He said, “I had always heard stories about Sam Bahadur from my parents who hail from Punjab and have seen the 1971 war but when I read the script I was completely blown away. He is a hero and patriot who is still remembered and loved to this day and capturing his spirit in the film is of the highest importance to me.”

On the work front, Vicky will be next seen in Laxman Utekar’s next untitled movie with Sara Ali Khan. He also has ‘Govinda Naam Mera’ with Kiara Advani and Bhumi Pednekar.